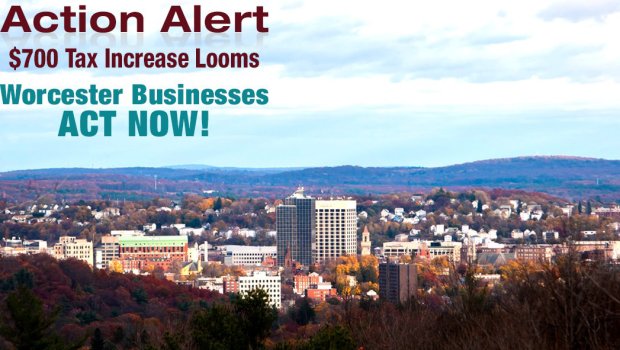 The Chamber and business community nearly suffered a massive set-back during the City Council’s Tax Classification hearing led on 11/24/15; however we have been given a reprieve for one week and we need all the help we can muster from you, our board, and our members.

To summarize the events of last evening at the annual tax classification vote:

The Chamber publicly endorsed line of 177 in the tax table proposal, which would have effectively raised the burden for commercial and residential owners an equal amount. While we did not have the 6 votes necessary to achieve our goal, Mayor Petty proposed line 191 which the Chamber determined would be a fair compromise. There were 5 votes in favor of line 191 representing a rate of $20.98 for residents and $33.07 for businesses, equating to an average bill increase of $171 and $388 respectively. Most importantly, line 191 would continue to move the CIP (commercial, industrial and personal property) factor – the percentage shift of the tax burden from the residents to the business community – down, towards a single rate. It would continue the momentum we have all worked so hard to achieve over the last 5 years.

Councilor Konnie Lukes proposed the lowest possible residential rate, which would send the factor spiraling up from the current 1.3535 to 1.5005 – clearly in the wrong direction. Her proposal equates to an average increase of $1,387 for business tax bills but would save the average resident ONLY $83. During the vote on the different rates that were proposed, Councilor Lukes was the lone vote in favor of the lowest residential rate.

Of even greater concern is the proposal publicly endorsed by the residential community and proposed by Councilor George Russell – line 212. This represents an average increase of almost $700 for businesses and also sends the average residential bill up $104 (a mere $64 different from the compromise line of 191). In his statements, Councilor Russell indicated that this $700 increase would not have a significant impact on the business community.

I think we would all agree that he is dead wrong.

Our small business community could not shoulder a $700 tax increase on top of all of the other costs and fees that businesses absorb.

As I am sure you read in the Telegram & Gazette today, no proposal received the 6 votes necessary to adopt a rate. After the council returned from a brief recess, Councilor Rushton was wise enough to hold the tax vote for one week under personal privilege (a procedure allowed in the rules of the council).I am asking you, our members, for assistance in the coming week.

First, we must thank the 5 councilors who voted for line 191. They had the foresight to understand that even a modest improvement in the CIP factor continues to send the right message to the business community – that Worcester is a business friendly place. They are:

Perhaps more importantly, we must contact the four councilors who voted for line 212. It is imperative that collectively, we impress upon them the severe impact that an almost $700 average increase would have on the business community, especially the small businesses. Please ask them to vote for line 191 – a fair and equitable vote.

We must help these councilors to understand the long-term negative impact this vote will have on businesses; we ask that you politely explain your story and what this increase means for your business.

We are not sure they recognize that as costs go up, businesses need to consider their options, one of which could be to move out of the city; and while this point is important we would respectfully request that you not threaten to leave the city, this has a negative impact on most councilors as they feel they are being backed into a corner with ultimatums of this nature.

To those of you who not only own businesses and work in the city, but also live here, please help them recognize that it is especially onerous on you. A $700 increase in your business property taxes is not offset by a $700 decrease in your residential taxes; line 212 would represent an average increase of almost $800 for business owners who also live in the city; while line 191 would be just over a $550 average increase for the business owners who also reside in the city.

We understand that it is a holiday weekend and people will be spending time with their families, we are asking for just a few moments of your time on an issue of critical importance to businesses and hope that you will reach out to the councilors and express to them the importance of their vote.