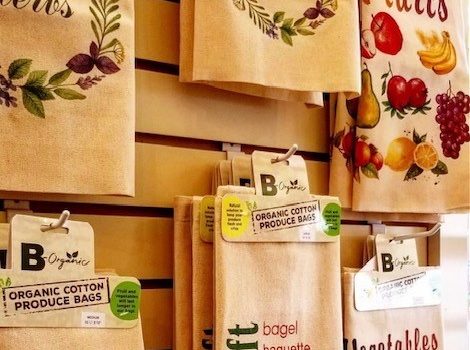 Like many households across the nation, Cathy DiPilato found hers throwing away plastic bags of produce which had gone rotten. After losing her job in 2018 while hosting international students at the same time, Ms. DiPilato found herself struggling to make ends meet.

More often, Ms. DiPilato realized she was constantly saying to her students, “I’m buying all this food for you and you’re turning around and wasting it […] I can’t do that anymore.” Growing frustrated with seeing so much food wasted, she began to explore other options in order to preserve produce.

After much trial and error of creating bags of various materials, such as flour sacks and other forms of cotton, Ms. DiPilato discovered that organic cotton helped preserve produce the best. Once she finalized the material, it was time to tackle the design aspect so the students could differentiate the bags inside the fridge. Each bag has produce items painted on them, indicating what’s inside. She credits her students for teaching her how to paint, saying, “They really showed me a lot.”

In order to maintain the eco-friendliness of the bags, Ms. DiPilato created a formula out of rotten fruits and veggies for the inks used on them. Now, after many attempts, she believes she’s perfected a formula so that the designs won’t wash out of the bags. “That part I had patented because it took me six months [to figure out],” said Ms. DiPilato. 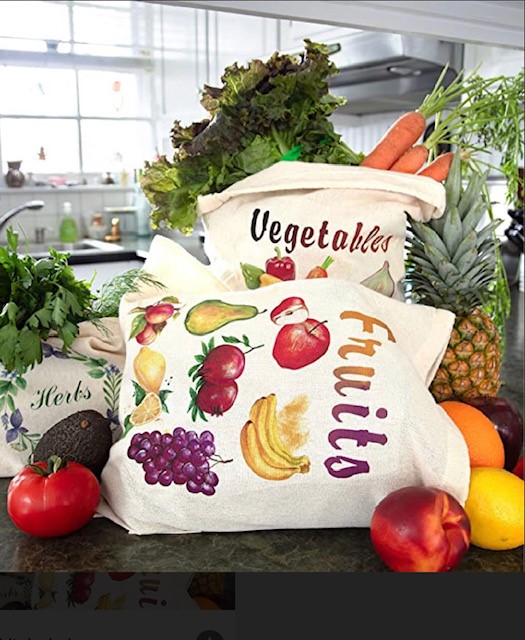 In total shock at the effectiveness of the bags, Ms. DiPilato realized her product would be able to help others who also struggle with food waste. It was then that the idea to open the small business B-Organic was born.

With newfound confidence in her creation, Ms. DiPilato was able to start selling B-Organic products at farmers markets in the area. “It was going great, people were really catching on.” She was put in contact with a professor at the College of the Holy Cross who collaborated with her on a sustainability experiment where 85 subjects were given bags and were told to report back their findings. She began to receive a lot of feedback on her products, which led her to make alterations that allowed for even more growth. “I was going from selling five bags a week to selling 30 bags a week at the farmers market and that was a really big deal,” said Ms. DiPilato.

But just as things were looking up and her products were making headway at trade shows and retail locations, the coronavirus pandemic hit. At first, Ms. DiPilato referred to owning and operating her small business entirely from home during the times of COVID-19 as a, “major crisis.” She said, “I was making enough money [pre-pandemic] to pay my bills and making enough money to try to put some money in a savings account, and all of a sudden, I started living off of my savings account.”

As was the case for many small businesses during the pandemic, the future of B-Organic was unknown. However, Ms. DiPilato pivoted her business’ concept, determined to make it survive this tough time. “You can’t let this pandemic kill your business. You worked way too hard to get to this point,” Ms. DiPilato said she kept reminding herself.

It was at this time she reached out to a salesperson in hopes of bringing B-Organic to the wholesale market. She also contacted all those who were supposed to be in attendance at a trade show she was going to which was cancelled due to COVID.

Thanks to her hard work and determination, Ms. DiPilato ended up seeing an “overwhelming” amount of growth during the pandemic. “Before, it was just me, but now because I was making all of these phone calls and I had help from the salesman, all of a sudden, I have like a million orders,” she said with a smile.

Another saving grace for B-Organic: Cathy received a Country Bank Small Business Chamber Member Scholarship, providing her with one free year of membership benefits and services to the Worcester Regional Chamber of Commerce. Ms. DiPilato expressed gratitude for being a recipient, saying, “It really has helped a lot because I got so much feedback, especially from being on radio. […] I am so excited about it because now I feel like I am part of the business community again.”

Rayana Petrone is a Chamber intern from Lasell University.