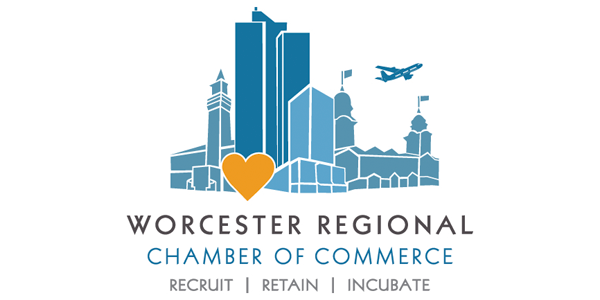 Showcasing the City of Worcester as not only a location for employers, but also touting its high quality of life, the focus was on diversity.

From the beginning, Worcester has been home to people from across the globe. Whether you are going to Shrewsbury Street to try some of the most authentic Italian cuisine or stopping at Golemo’s Market on Millbury Street for some world class Polish Deli, Worcester is filled with culture.

Before arriving in Worcester, the group started the day off by visiting AIS in Leominster, a manufacturer of commercial office furniture, where they met CEO Bruce Platzman and Lt. Gov. Karyn Polito. Mr. Platzman spoke of AIS’ strategic and consolidating move to Leominster several years ago from six different locations around Boston. Relocating to the 600,000-squarefoot facility enabled the company to put manufacturing and corporate operations under one roof. AIS had been courted by other states, and even Mexico, to move operations but Mr. Platzman – a native New Englander – wanted to remain in Massachusetts. The decision proved more than sentimental; it was a smart business move too.

“Manufacturing is an industry that matters” to residents of the Commonwealth, said Ms. Polito during the visit. She recounted the administration’s recent focus on manufacturing, to the tune of more than $100 million, stating “the most important piece of what is driving this economy in Massachusetts is our investment in people.”

Next, the group traveled to Worcester and met with Jon Weaver, executive director of Massachusetts Biomedical Initiatives to discuss its collaboration with Worcester Polytechnic Institute. A private, independent economic development organization serving as a catalyst for life science and healthcare innovation, MBI helps launch biomedical companies therefore creating jobs within the biotechnology, medical device, informatics, and biomanufacturing industry. They do so by providing secure, licensed laboratory space for use by seed-stage companies.

Since this tour’s mission was to promote the City of Worcester as a place to work and live happily, the DCU Center was a must. Lunch was provided giving delegates the opportunity to converse with City Manager Edward M. Augustus Jr. in a roundtable setting. Mr. Augustus discussed ongoing projects throughout the city and the strides Worcester has made in the last decade – most notably the future of Polar Park.

Worcester’s top industry, in terms of employment, is health care and we would be remiss not to highlight the University of Massachusetts Medical Center. Fitting for this tour, many of the UMass Medical School graduate students are international students and the school’s brand is recognized globally.

At UMass, delegates got a sneak peek at the forward-thinking research conducted there by meeting with professors, students, and technicians. For one delegate, the biggest take away was quite a compliment. “This school has everything you need to succeed, and may be light years ahead of other, competing countries,” she said.

In order to encompass all of Worcester, included was a stop at The Railers. Mike Meyers, president of the ECHL hockey team, welcomed the group to the Fidelity Bank Ice Center where guests were treated to Becker College women’s hockey practice highlighting the inclusion of all the area colleges usage of the ice rink. There, we also met with Dan Rea, executive vice president for the soon-to-be Worcester Red Sox.

Speaking to the gathered delegates, Mr. Rea highlighted the fact that as a minor league team, many of the players hail from other countries. He impressed the group when he mentioned some of their countries as being part of the roster. For example, the Dominican Republic and Mexico.

Worcester Regional Chamber of Commerce President and CEO Timothy P. Murray concluded the day with a send off at The Hanover Theatre for the Performing Arts. There, Mr. Murray gave a quick highlight of all the things Worcester has committed to in positioning itself as a destination for companies to plant roots.

“We have some of the best colleges in the country and lie just 45 minutes west of Boston,” said Mr. Murray in his remarks to the gathering. “Not to mention, an airport with three commercial airlines that continues to grow in ridership and makes Worcester attractive in many respects. “

Choosing Worcester as a showcase city for such a tour indicates the to the local that MOITI and businesses located inside the I-95 corridor are beginning to recognize what Worcester residents have known for years and an idea the Chamber touts daily – Worcester is the place to be for work and play. Stay tuned, this is just the beginning.

Alex Guardiola is the director of government affairs and public policy for the Chamber. He can be reached via email. To read the entirety of the November 2019 edition of the Chamber Exchange, visit the newspaper archive. 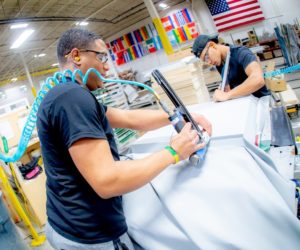