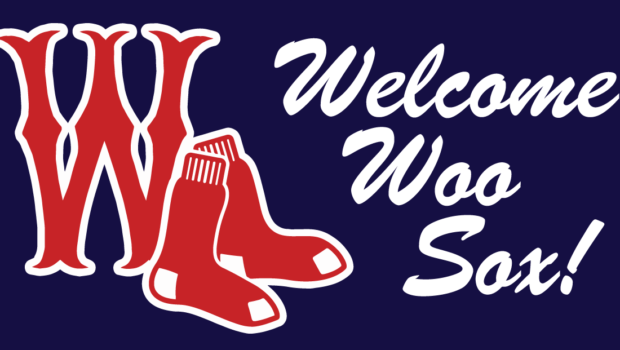 Worcester – The City of Worcester and the Triple-A professional baseball organization, the Pawtucket Red Sox, announced today that they have signed a Letter of Intent to build a modern multi-use baseball park as part of a multi-million dollar redevelopment of the former Wyman Gordon property in the city’s growing Canal District as well as a complete redesign of Kelley Square.

With an anticipated completion date of March 2021, the ballpark project consists of approximately 18 acres of development including 250 market rate apartments, a 150-room hotel, a second boutique hotel consisting of approximately 100 to 110 rooms overlooking the ballpark and 65,000 square feet of retail and restaurant space. The project incorporates infrastructure improvements to streets, sidewalks, lighting fixtures and the addition of new street furniture, tunnel lighting, bike lanes and more.

“I have eyed this particular site for many years. The City and State’s investment in infrastructure as well as the construction of the ballpark catalyzed and expanded my involvement in this project,” said Denis Dowdle, President, Madison Properties. “Together, we will help to transform approximately 18-acres of blighted property and continue adding to the revitalization of the Canal District.”

The proposed self-supported development is expected to cost $86-$90M for the construction of the ballpark. The City has secured a developer with a history of successful ventures. The City will borrow money and use revenue from lease payments, local property taxes, fees and parking from the surrounding new development to pay off the loan.

“This is a historic day in our city. This is the result of not only months of negotiations but years of making our city a better place to live. The City Council applauds the efforts of City Manager Augustus and his administration, Governor Baker and Lieutenant Governor Polito,” said Mayor Joseph M. Petty. He continued, “When this project is completed it will truly be a community park and a community space. We look forward to reviewing the agreement in its entirety.”

The Commonwealth of Massachusetts will commit $35M over the next 2-3 years, which will support new market rate housing through the Housing Development Incentive Program (HDIP) and leverage MassWorks for the construction of a new 350-500 space parking garage that supports all of the investment happening in the Canal District.  In addition, MassDOT is working with the City to improve the transportation infrastructure in the area such as redesigning and reconstructing Kelley Square for the benefit of all Worcester residents.

“The Baker-Polito Administration is committed to working with our partners at the local level to support economic development opportunities across the Commonwealth to create jobs and strengthen communities,” said Governor Charlie Baker. “We are pleased to continue to invest in the City of Worcester and look forward to working together to welcome a premier professional ball team to the state.”

“Today we celebrate an exceptional opportunity for growth and development for Worcester and for the Commonwealth with the announcement of this Ballclub planning to relocate to Central Massachusetts,” said Lieutenant Governor Karyn Polito. “Governor Baker and I are proud to support the revitalization of Worcester through various economic development tools and in partnership with the City, we continue to be focused on the Canal District and Kelley Square.”

In crafting this agreement, the City and the Ballclub worked closely to identify and incorporate important community benefits including 10 city-oriented days at the ballpark per year and access to conference and meeting space for civic engagement, as well as preference to hire Worcester residents. The Ballclub will support the Worcester Public Schools by offering students a free general admission ticket to one baseball game per season, free ballpark tours and the opportunity to host school-sanctioned games. Subject to design, public access to the ballpark will include the opportunity to jog or walk around the concourse, run the ballpark stairs, and eat lunch overlooking the field or use exercise stations in designated fitness areas as well as public park amenities adjacent to the ballpark.

“After 15 months of courtship and negotiations, I have never been more confident in a proposed arrangement/partnership as I am in the one between the City of Worcester and the Pawtucket Red Sox,” said City Manager Edward M. Augustus Jr. “The vision shared by the Ballclub, the City, the Commonwealth and the developer is one that is certain to have a profound and long-lasting outcome on businesses, residents and visitors alike. The Pawtucket Red Sox are not only committed to relocating to Worcester, but to position the Club as a part of the city’s fabric and future,” he continued.

The new ballpark, anticipated to open for the start of the 2021 season, will host at least 125 year-round events annually including Minor League Baseball games, road races, concerts, collegiate and high school sporting events, fireworks displays and other community occasions. In addition to a superior fan experience, the family-friendly ballpark will feature innovative technology and amenities that appeal to all ages and demographics. The environment surrounding the ballpark will serve as an attraction as well as a beautiful and engaging backdrop to the Canal District that includes public art and other artifacts of placemaking.

“We are eager to build an innovative, family-friendly ballpark that reflects the love and appreciation of baseball and that unifies Central Massachusetts and the Blackstone Valley Corridor,” PawSox Chairman Larry Lucchino said.

The ballpark project adds increased value and development to the existing growth and momentum in and around the Canal District, the Green Island Neighborhood and throughout the city through job creation, community-access benefits and an overall heightened interest in the area by visitors, retailers and developers. Overall, the project will create more than 500 full-time and 2,000 part-time jobs both in construction and non-construction positions related to the ballpark, the hotels, apartments, retail locations and infrastructure improvements.

Final approval of the ballpark development project is subject to the endorsement and adoption by the Worcester City Council and Minor League Baseball (MiLB).