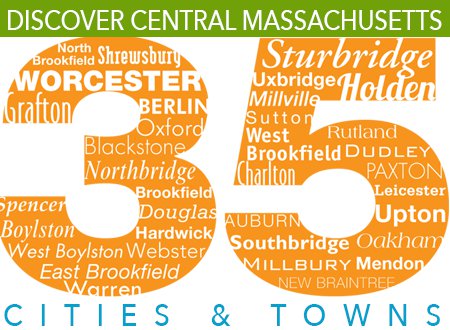 Troy Siebels, President of the Hanover Theatre for Performing Arts, announced today that the region’s travel and tourism bureau will be called Discover Central Massachusetts. The agency, which received the state’s designation as a regional tourism council in July, will serve 35 cities and towns from Worcester to South Worcester County and Blackstone Valley, extending west to Warren and the Brookfields and east to Shrewsbury.

One of 16 regional tourism councils in the state, Discover Central Massachusetts is charged with marketing and promoting the region’s travel and tourism assets to visitors, in addition to pitching event planners, convention and meeting planners, and sports organizers to host their events within the region.

“The combined spending at hotels, restaurants, local attractions and shops by visitors to central Massachusetts generates more than $600 million for our region’s economy,” said Christina Andreoli, who was named president of the new agency. “The region is already host to premiere events, world-renowned attractions and entertainment, but there is opportunity and great potential to bring in more visitors, event planners, and businesses to further enliven the region.”

The agency will be led by a 28-person board of directors, chaired by Mr. Siebels, representing many sectors of the hospitality industry and the region. The board will look to create initiatives that drive economic development in the hospitality sector such as increasing the number of visitors to area attractions, expanded hotel occupancy, filling restaurants with new diners and fostering the development of new eateries.

Discover Central Massachusetts will oversee Destination Worcester’s branded marketing and sales program. This strategy will continue to focus on pitching event and meeting planners, as well as convention and sports organizers, to the city, thereby filling hotel rooms and venue spaces.

A brand identity and website are also under development for the new entity. 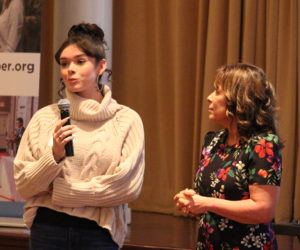