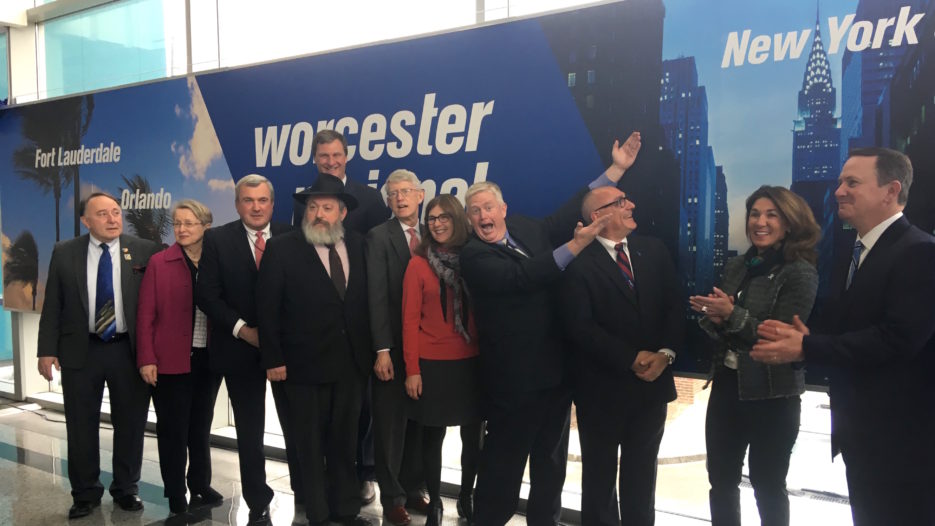 Video Segments from Speakers at Announcement 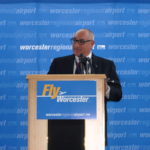 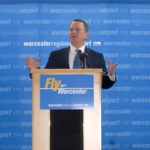 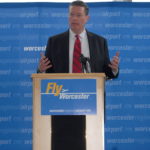 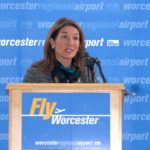 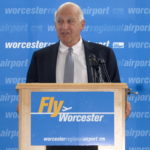 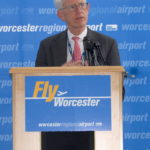 In making the announcement at Worcester Regional Airport on Feb. 28, JetBlue Director of Airports Scott Link says his company has a long flight path in Worcester dating back to 2004, while crediting low fares and strong customer service as the core ingredients for continued growth. The service will feature the Embraer 190 Aircraft that can accommodate up 100 passengers in two-by-two layout rows with full in-air amenities.

Link adds the new airport enhancements will pave the way for additional service, with the non-stop NYC flights expected to make daily trips, accessing more than 70 airlines that operate out of JFK. New York City is JetBlue’s largest focus city, with the carrier offering up to 175 daily national and international departures.

Timothy P. Murray, president and CEO of the Worcester Regional Chamber of Commerce who filed legislation to help save the beleaguered airport as lieutenant governor, calls the announcement another major milestone for the city. He cites a recent Department of Transportation economic impact study that found the airport contributed $46.4 million to the regional economy. “If you study regions that are vibrant and growing, it’s because their transportation systems are functional and dependable, and create linkages of contacts to other regions,” says Murray, adding that Massport has been a steadfast and committed partner. “When you have a company like JetBlue that comes here, it sends a signal and adds opportunities for our economy to grow further.”

“More people are earning a good living here in the Commonwealth,” says Polito. “This took a lot of planning and follow through and bi-partisan leadership.”

The Worcester Regional Airport first opened in 1946 and has been providing commercial aviation services for more than 70 years. Follow Twitter @FlyWorcester for updates on when NYC service will begin.