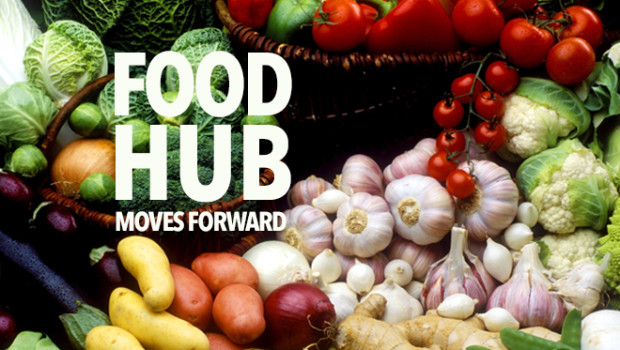 WORCESTER, MA – The Worcester Regional Chamber of Commerce (Chamber) and the Regional Environmental Council of Central MA (REC) are pleased to announce continued funding for their food hub partnership.

In 2015, the Chamber and the REC embarked on a yearlong assessment to determine the feasibility of establishing a food hub in the Worcester region. Food hubs are broadly defined as facilities that manage the aggregation, storage, processing, distribution, or marketing of locally and regionally produced food. A food hub provides better consumer access to fresh, locally grown food and a larger consumer market for the region’s farmers.

At the conclusion of the study, an application was submitted to The Health Foundation for funding of a pilot year. A slate of programs falling into three categories have been identified for the pilot grant year. These initiatives will support healthy local food access, job creation, and economic development. While the food hub currently has no official headquarters, much of the pilot year activities will be operated out of the Worcester County Food Bank in, Shrewsbury.

“Food is fundamental to our lives. We all eat, and we all want to eat fresh healthy food. So, ease of access to affordable healthy food is critically important to us, regardless of our station in life. Yet, it is estimated that 90 percent of the food we eat in New England comes from somewhere else,” stated Dr. Jan Yost, president of The Health Foundation of Central Massachusetts. “Thus, the Foundation is pleased to announce a grant of $423,235 to the Regional Environmental Council of Central Massachusetts to partner with the Worcester Regional Chamber of Commerce to pilot a regional food hub.” Yost went on to explain that, “Today 80 percent of the land in New England is covered with forest, much of which used to be farmland. Researchers suggest that by 2060, New England could expand its farmland to 6 million acres, or 15 percent of the entire land mass, which would enable New England to grow half of its own food.”

“The Worcester County Food Bank is the region’s largest anti-hunger organization, annually distributing nearly 6 million pounds of donated fresh and non-perishable food to a network of 131 Partner Agencies that help feed hungry people”, said Jean McMurray, Worcester County Food Bank’s Executive Director.  We are proud to host the Food Hub’s pilot year because we believe that healthy food grown and processed by community members benefits the entire community, including those struggling with poverty and hunger.”

Responsibility for pilot year activities will be split among the partner organizations, with the REC leading efforts to create opportunities for healthy eating via marketing, aggregation, and distribution of local farm products to institutional food service providers at area schools, colleges, and hospitals. An initial group of eight to ten small to mid-sized family farms will be involved in these activities during the pilot year and four to five institutional buyers will be purchasing local farm products via the food hub. The food hub will also be working to enhance healthy, local food offerings through the REC’s existing Mobile Farmers Market and through the City of Worcester Division of Public Health’s Mass In Motion Healthy Corner Store initiative.

”The REC has been working with organizational partners and grassroots community members for decades to help make healthy, local food universally accessible in the Greater Worcester area,” said Steve Fischer, REC Executive Director. “We are thrilled at the prospect that a regional food hub could help create a regional food system that is increasingly based on principles of economic and social justice and environmental sustainability. Working together, we have an opportunity to make healthy food more accessible while supporting local farmers, growing the economy, creating jobs, and preserving the environment.”

The Chamber will oversee food hub activities operated through a Commercial Kitchen Incubator to be located at the Worcester County Food Bank. During the pilot year, the Chamber will spearhead the recruitment of potential tenants including farmers, budding food entrepreneurs, small culinary businesses looking to take the next step in their development, and even home cooks looking to scale up a long-held family recipe.

“Given the success of last year’s planning grant process, we are excited to move forward with this pilot year that will set the stage for long-term success,” stated Chamber president and CEO Timothy P. Murray. “Our efforts with the commercial kitchen fit into our working motto of recruit, retain and incubate. Incubating the next generation of food entrepreneurs will help them turn their passion into a career, add to the region’s growing food economy, and result in a healthier population in Worcester and Central Massachusetts.”

The final piece of the pilot year project is a culinary training program that will be overseen by Quinsigamond Community College (QCC). QCC expects to train at least 2 cohorts of 8-10 students and to provide job placement at area restaurants, caterers and institutional food service providers. This new certificate program will target students who are members of vulnerable populations in Worcester County and who have previously experienced barriers to employment.

Dale Allen, QCC’s vice president for community engagement stated “Quinsigamond Community College is excited about being selected as a key partner in this grant. We are committed to supporting program activities that will increase access to healthy, fresh foods for underserved neighborhoods in our city. This program will be modeled after QCC’s successful ‘Cooking Up a Culinary Career’ program which has been offered for the past several years through the Worcester Youth Center and Hector Reyes House. We look forward to working with the Regional Environmental Council and Worcester Regional Chamber of Commerce to expand access to healthy food and economic self-sufficiency for vulnerable populations in Worcester County.”

The Food Hub project will hire a full-time operations manager to oversee the day-to-day aspects of the project during the pilot year. Other partners collaborating on the project include Central Mass Grown, World Farmers/Flats Mentor Farm, Worcester Public Schools, Pepper’s Fine Catering, UMass Amherst Stockbridge School of Agricultural Extension, Worcester Division of Public Health and the Community Harvest Project. Those interested in finding out more about Sourcing Local Food may contact Brian Monteverd, project co-coordinator with the REC, at 508-799-9139. To find out more about the Commercial Kitchen Incubator, please contact Stuart Loosemore, project co-coordinator with the Chamber, at 508-753-2924. 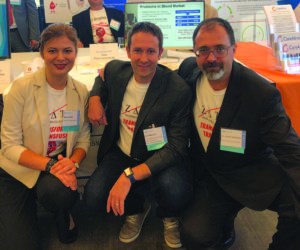