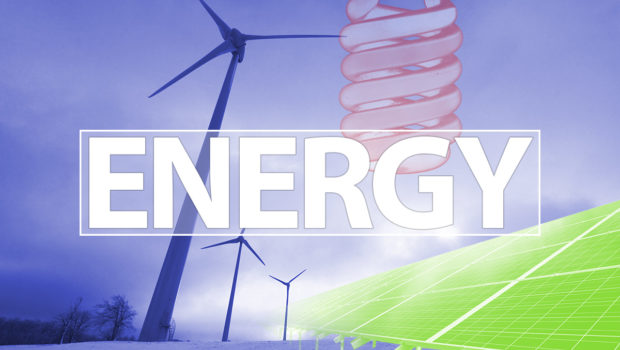 If you talk to Christopher Crowley, executive vice president at Polar Beverages, he will tell you that of all the advantages to running a business in Central Massachusetts, the cost of energy is not one of them.

Speaking to the Telegram & Gazette in December, he talked about the measures his company is taking to drive down the cost of energy – and estimated that energy costs at its Worcester bottling plant were more than double its other facilities in New York and Georgia. Polar’s presence, employing 535, is critical to the city and region. Polar generates $59 million in salaries and benefits, $64 million in goods purchased and $18 million in taxes.

Unfortunately, we have recently seen some Massachusetts manufacturers leave the state, such as Polartec, and Crown Cork & Seal, which both left the city of Lawrence. In this instance, approximately 400 well-paying manufacturing jobs moved to states with significantly lower energy costs – a factor in each company’s move.

Today, Massachusetts is the fifth costliest state in America in which to do business – and one of the biggest reasons is that New England has the highest electricity prices in the continental United States. Every year, businesses and residents of New England pay an additional $1 billion in increased energy costs.

And it’s about to get worse. According to our independent grid operator, if we don’t increase our energy supply soon, Massachusetts may face rolling blackouts and controlled power outages in the years ahead.

So what do we do? Some say we should accelerate our transition to a renewable energy economy. Others argue we should increase access to clean alternatives such as natural gas.

I believe that’s a false choice. To continue our state’s climate leadership and protect good paying jobs in Gateway cities like ours, we need to do both.

As lieutenant governor in the Patrick-Murray Administration, we prioritized ridding ourselves of coal once and for all, retiring old power plants and boosting energy efficiency initiatives across the Commonwealth for both businesses and homeowners alike. We created tens of thousands of green-collar jobs through the Green Communities Act and Global Warming Solutions Act that incentivized the development and use of renewable green energy, such as solar and wind. Our administration also took a leadership role in the Regional Greenhouse Gas Initiative, which facilitated unprecedented investments in energy efficiency and renewable energy programs for Massachusetts residents and businesses. Additionally, we provided renewable energy credits, and rebates for appliance replacements. As mayor of Worcester, I was proud to have led the effort in the city becoming one of the first to develop and begin the implementation of a Climate Action Plan.

We need to continue to provide aggressive incentives to get to 100 percent green – and I believe we will get there over the next few decades. In the meantime, we still have to power our homes and businesses. We can’t afford to risk losing thousands of jobs in the intervening decades – which is how long President Obama’s own climate scientist had said it would take before we are 100 percent green.

We’ve already seen what happens when we prioritize ideological rigidity over a common-sense transition when it comes to fossil fuels: We actually end up using more fossil fuels – and produce more emissions. This winter, New England burned up more oil for backup oil-fired generators – two million barrels – than we had in almost two years, to make up for the shortfall in reliable electricity during that intense early 2018 cold snap.

We need to fight hard for jobs and a 100 percent green future. And the only way we can do that is by doubling down on solar and other renewables, investing in technology that enhances their effectiveness and storage capacity and, yes, increasing access to natural gas, which burns cleaner than oil and coal.

Today, natural gas generates the electricity that powers most of our businesses and homes, as well as serving as the fuel to heat many of them. It’s reliable nearly 100 percent of the time. It’s also been the single-biggest contributor to reducing greenhouse gases, responsible for regional emissions declining by 63 percent over the last three decades.

Keeping natural gas in the mix will allow us to be on the cutting edge of climate leadership. Right now, Massachusetts policymakers are beginning to look to our transportation sector to reduce some of the 40 percent of emissions that they produce – and electric cars are on the cusp of disrupting markets. Taking advantage of that opportunity will require more than good intentions – it will also require additional electricity generation to fuel them.

There are several proposals about where best to strategically expand natural gas capacity through new or expanded pipelines to supply the state. These proposals include locations in Central, Western and Eastern Massachusetts. Regulators should evaluate each of these proposals on their merits and seek to minimize the impacts that will occur. Additionally, as recently determined by the Massachusetts Supreme Judicial Court, these utility companies – not solely the ratepayers – must be prepared to make their own investments in this critical infrastructure.

The time has come to stop pitting jobs against the environment – we need to protect both. And with a “both/and” energy policy that boosts renewables and ensures reliable energy to our homes and businesses for years to come, we can protect both. It’s not just a business issue. Families across Central Massachusetts will benefit through more secure jobs as well as through their own utility bills.

Timothy P. Murray, of Worcester, is president & CEO of the Worcester Regional Chamber of Commerce. He was lieutenant governor of Massachusetts from 2007 to 2014 and mayor of Worcester from 2002 to 2007.