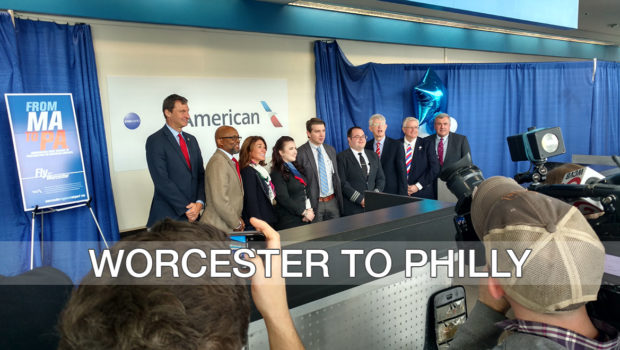 New Service to PHL Expected to Start This Fall

“Worcester Regional Airport is an important tool for connecting Massachusetts’ local economy to the global economy,’’ said Lieutenant Governor Karyn Polito. “American Airlines’ investment will provide important support for more economic growth in Central Massachusetts and our administration looks forward to continuing our work with Massport and ORH to make this airport an important connector throughout the region.” 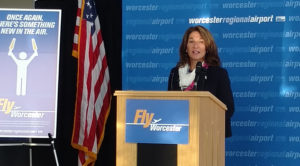 American Airlines, the largest airline in the world, plans to operate daily service between Worcester and Philadelphia beginning this October; with a departure from PHL at 8:00 a.m., arriving at ORH at 9:05 a.m. and a return trip departing ORH at 9:30 a.m., arriving at PHL at 10:39 a.m. (flight times subject to change).

This announcement follows the completion of the installation and testing of the new Category III (CAT III) instrument landing system at ORH; a $30 million investment made by Massport for a new level of operability by allowing for landings in low visibility weather conditions. CAT III’s installation at ORH provides a new level of reliability for the airport and, as a result, is bringing more service options to the Central Massachusetts’ airport. The system is operated and maintained by the Federal Aviation Administration.

“Massport’s investments in Worcester Regional Airport have continued to strengthen the already robust economy of Central Massachusetts,” said Lew Evangelidis, Sheriff of Worcester County & Chairman of the Massport Board of Directors. “By adding more transportation options to Worcester, like this new air service through American Airlines, we are continuing to improve the quality of life for residents and bringing more opportunity to the area.”

Congressman Jim McGovern (D- MA) has been a major advocate for investment in Worcester Regional Airport for many years and has played a significant role in moving the CAT III project forward by helping to secure important resources to bring this project to realization. In 2012, Congressman McGovern hosted a visit to Worcester and the airport by then U.S. Secretary of Transportation Ray LaHood, underscoring his commitment to seeing ORH thrive and Central Massachusetts grow along with it.

“The investments being made in Worcester Airport by Massport have been a key ingredient to the successful growth in Central Massachusetts,” saidCongressman Jim McGovern.“Worcester Airport keeps our economy strong and this new route will help to attract more businesses, create more opportunities for residents, and bring more dollars to the market here in the Worcester region. Worcester Airport has already helped bring $350 million into our economy and through continued work with Massport, I see this number growing in years to come.” 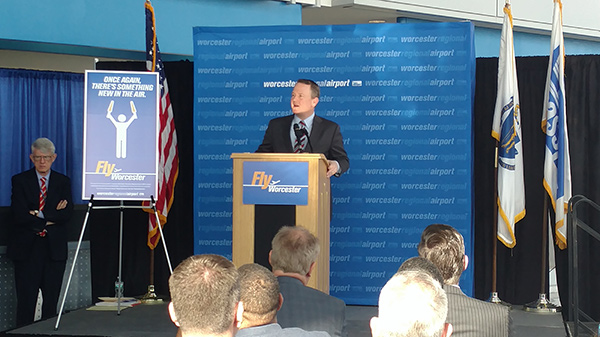 Conveniently located in the heart of Central Massachusetts, ORH offers a modern, spacious terminal, easy curbside drop-off and pick-up, free WiFi, full service food and beverage, and $7 daily or $42 weekly parking.  Worcester Regional Airport opened in 1946 and has been providing commercial aviation services in Worcester for over 70 years.

“Massport has continually invested in the growth of ORH since we took ownership in 2010 because we believe in the opportunities that connectivity brings to the heart of this great Commonwealth,” saidMassport CEO Thomas P. Glynn. “The introduction of American Airlines service to Philadelphia is a clear dividend of that investment and we look forward to seeing what new opportunities this brings to and from Central Massachusetts.”

JetBlue currently serves Worcester Regional Airport with daily flights to Orlando and Ft. Lauderdale, Florida and, beginning May 3, JFK International Airport in New York City. Since 2013, over 450,000 passengers have flown with JetBlue to Florida from ORH.