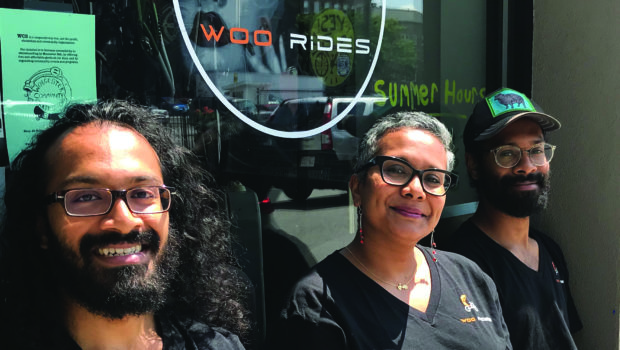 June 16 marked two years in business for WooRides – an on-demand pedicab service co-owned by brothers and their mother from across the City of Worcester.

Concerned about the increasing carbon footprint stemming from the current transportation crises gripping not just the Commonwealth but the nation and the world, WooRides markets itself as a multi-modal transportation service with the aim of “greening” the industry through providing people – and sustainable-powered options.

A worker-owned firm, Shahbaz Soofi, president and co-owner of WooRides, adopted the business model after participating in a Worcester Roots workshop. He said the idea allows for “a more egalitarian management of the business” as they decide to scale over time.

While WooRides employees won’t be able to opt in as owners immediately at the time of their hire, Mr. Soofi said this model is “an appealing way to [scale]” adding that “it’s [also] a way to level the playing field when it comes to profit sharing” among company leadership and employees.

A 2014 industrial engineering graduate of Worcester Polytechnic Institute, Mr. Soofi knew he wanted to be an entrepreneur from a young age – so long as his endeavor “could make an impact.”

As a student in downtown Worcester, Mr. Soofi said he watched while the amount of congestion on local roads increased and wanted to find a way to first, diminish that volume, and second, protect the climate from the negative impacts of today’s majority fossil-fuel reliant vehicles.

“Worcester has always had transportation issues, but it’s became more salient” in recent years, said Mr. Soofi. Wanting to join in the local conversation about congestion and sustainability in Worcester, he said it wasn’t until he and his colleagues launched the pedicab fleet that he was granted “a seat at the table.”

Two years in, Mr. Soofi now hopes to bring awareness to under-served demographics by designing WooRides services to target seniors and high-school-aged youth, among other groups, in need of transportation.

While gaining recognition and building a following in the Heart of the Commonwealth, last year Mr. Soofi and his colleagues decided to apply for Rockland Trust’s Small Business, Big Dreams grant. This competition saw more than 400 applicant companies apply for a $15,000 grand prize.

While WooRides was not the winner, they took second place. More importantly, they gained the coaching and advice of a financial mentor throughout the process whom they can now utilize in future conversations with venture capitalists.

“Applying to this was about … [learning] how to get ourselves in front of potential investors at the Rockland Trust board,” said Mr. Soofi. While second place isn’t top, he added: “We were happy because we learned through the process and were told where we could have been stronger.”

In March, during the height of the Rockland Trust grant competition, WooRides purchased a 10-person passenger van to compliment its pedicab fleet and has since penned a contract with a local early-childhood education center to provide transportation services to its students and their families.

To-date, WooRides has experienced a lot of “fanfare” throughout the City of Worcester, said Mr. Soofi because of the pedicabs’ “novelty” and said the city has been “welcoming” to the startup company.

Hoping that nuance doesn’t wear off, before the company’s third year in business is complete, Mr. Soofi would like to secure additional transportation contracts – particularly with more early-education institutions – and increasing knowledge of the WooRides brand locally.

He said: “Using our vehicles as mobile advertising, we’re excited to deepen that [following].”

Emily Gowdey-Backus is the director of communications for the Chamber. She can be reached via email. 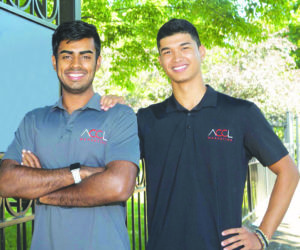 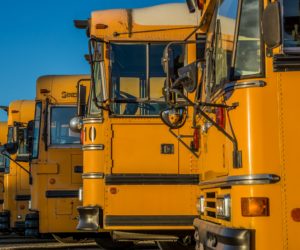 WPS-Operated Busing Could Save Millions