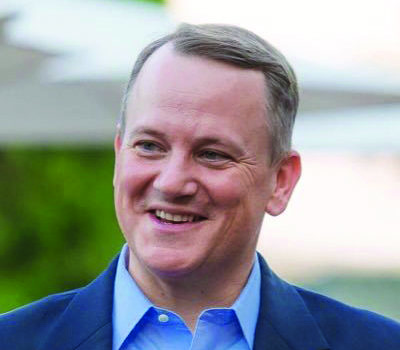 With a New Decade Looming, there’s Value in Reflection

Recruit, retain, incubate. These three words are how we frame the work we do each and every day at the Worcester Regional Chamber of Commerce on behalf of our approximately 2,100 members and the broader Central Massachusetts community.

Daily, we seek to recruit investors, developers, and new businesses to the region. Chamber staff members are continuously advocating for policies which promote best practices designed to retain local businesses as they expand and create new jobs to bolster the regional economy. In addition, we seek to incubate new businesses fueled by an idea, passion, hobby that can be commercialized and grown into a business.

Given this three-pronged approach, the Chamber manages a broad array of programs aimed at mentoring and supporting the entrepreneurial spirit. In this effort, we target the 33,000-plus college age students who call Worcester home during the academic year; the immigrant population of Central Massachusetts; as well as those of any and all ages who, during the course of their career, want to pursue a new opportunity.

Recently; while attending a national conference of chamber of commerce leaders hosted in Huntsville, Ala.; I was reminded of how the pursuit of one idea, doggedly chased by a young boy from Worcester, led to the creation of dynamic economic clusters locally, across the United States, and throughout the world.

Robert H. Goddard, valedictorian of his class at Worcester’s South High School and a graduate of both Worcester Polytechnic Institute and Clark University, had a dream as a young child of space exploration. His constant experimentation, which resulted in the invention of the liquid-fueled rocket, ushered in the space age and earned him recognition as one of the pioneers of modern rocketry and man’s landing on the moon – the 50th anniversary of which was widely celebrated in July.

His research and patents were utilized by U.S., German, and Russian scientists in the race for space superiority during World War II and the height of the decades long Cold War.

As a result of his creativity and designs, as WWII was closing out U.S. military and political leaders began secretly planning Operation Paperclip with the intention of repatriating as many German scientists and technicians then working on the German V-2 rocket to the U.S. as possible. The leader of the German cohort of scientists was Wernher von Braun. Mr. von Braun, who would later serve in multiple leadership roles at NASA, said Mr. Goddard’s work “blazed the trail” for modern rocketry.

Mr. von Braun spent much of his U.S.-based career at the Redstone Arsenal in Huntsville, where NASA’s George C. Marshall Space Flight Center is located.

Since 1950, the Redstone Arsenal has been a major research and testing facility for military- and civilian-use rockets.

While visiting another landmark there; the U.S. Space and Rocket Center, an outstanding museum that tells the story of U.S. efforts to reach the moon, and beyond; I spied something inspiring.

Among the items decorating a recreation of Mr. von Braun’s office, was a chair where, it’s said, he would put his briefcase each day when he arrived. Emblazoned on the chair back was Clark University’s logo. This small but noteworthy token of appreciation, both to Mr. Goddard’s contributions to modern rocketry research and his connection to Worcester, spoke loudly to me.

If you have a dream or passion you’re interested in exploring and want to learn about establishing a business, please contact Jacob Vazquez, our economic development associate, by email at jvazquez@worcesterchamber.org to learn how we, and some of our partner organizations, can assist you with planning and resources. The incubation of new businesses and ideas is at the heart of our mission.

Timothy P. Murray is the President and CEO of the Worcester Regional Chamber of Commerce.