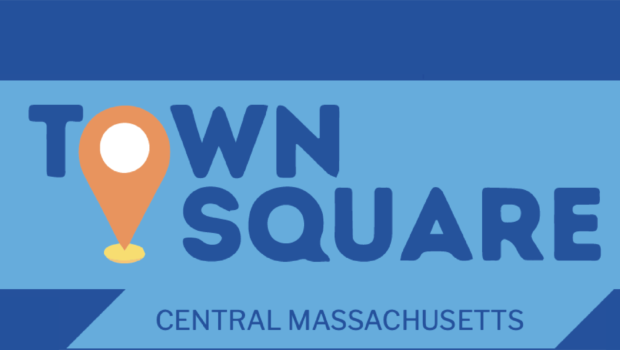 Good news only. That’s what Central Mass Town Square, a hyperlocal news website, is setting out to cover.

Created in response to the palpable divisiveness, partisanship, and negativity that occupies much of the news cycle today, Central Mass Town Square (CMTS) is aiming to highlight just the opposite.

“We’re in a place in the country right now where, whenever you turn on the news or whenever you look at what’s going on, there’s just a lot of division,” said CMTS Founder Doug Rubin. “People have kind of lined up in different camps, you know. ‘Are you an MSNBC viewer? Are you a Fox viewer?’”

Recognizing this, he saw an opportunity to create a platform which would steer people away from bickering and arguments, and direct them toward healthy conversations celebrating the good. “There are so many people doing amazing things everyday all around us, and we just felt there was an opportunity to build a website that focused on that,” Mr. Rubin said.

Located at centralmasstownsquare.com, the site is subscription-based. At $5 a month, subscribers get access to all the good news stories CMTS reporters write, as well as the rest of the website’s offerings including an opinion section and a “lighthouses” page, where one human interest story or profile is featured weekly.

Mr. Rubin says it’s important to point out that Central Mass Town Square doesn’t see themselves as a competitor of or a replacement for the traditional news media. “They have a critical role in this. They hold people accountable and provide valuable information,” he said. Rather, they see themselves as a supplement to existing news coverage. “It’s one of the reasons we don’t really cover hard news on our site […] I think what we’re trying to do is provide an alternate site where people can go to talk about some of the good things that are going on and find out what people are doing,” Mr. Rubin added.

Prior to launching the site this spring, CMTS hired three local reporters. Asked about the importance of her role and the CMTS mission, reporter Genevieve DiNatale said, “Generally speaking, journalists are not credited with restoring faith in humanity, but this position has certainly given me the opportunity to do so. I think a lot of people turn off the news because it’s too negative and doesn’t accurately represent the world we live in. I think it’s important to write about the unsung heroes from the community who are making a difference selflessly and those who have overcome adversity on their way to success.”

The team is covering just the Central Massachusetts region to start — primarily Worcester County, and perhaps other cities and towns just beyond that, depending on the story. With this focused coverage area, they’re looking to keep the site community-centric and people-centric. “Part of the appeal of the site,” Mr. Rubin said, “is we’re talking about people that you may know, or have heard of, or are close to.”

The Town Square concept is one that has significant financial backing already: They’ve raised $250,000 in seed money and have the support of a private equity firm. According to Mr. Rubin, that firm has said if the CMTS team can prove the platform is viable and that people want this type of content, then they’re willing to grow it beyond Central Mass to other regions, other states, and even across the country.

“So Central Mass is our first foray into this. I really think it’s a perfect place to test the concept,” Mr. Rubin said. “I just think in Central Mass in particular, there’s a diversity of opinion and diversity of demographics […] and there’s a lot going on here that doesn’t get talked about. Boston gets covered extensively by the Boston media, but there are so many good things happening out here that don’t get covered on a regular basis, and we thought this would be a perfect kind of proving ground for our concept.”

Ms. DiNatale, a Central Mass native herself, agreed the area was an appropriate one to use as a jumping-off location. “Central Massachusetts is a hidden gem with a lot of interesting people and stories that have largely been left untold, so there’s always a good story to uncover,” she said.

Got a good news story that needs telling? You can share your positive pitch with the CMTS team by emailing info@centralmasstownsquare.com.