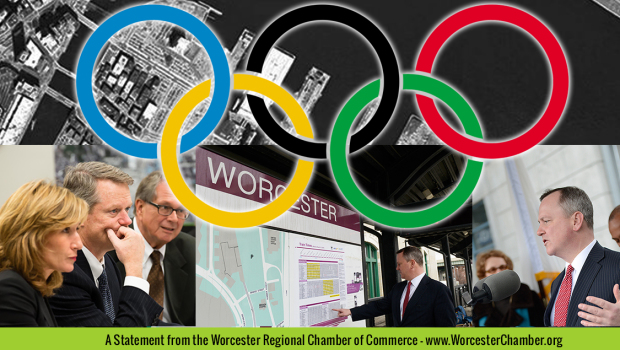 Statement from Tim Murray re: Olympic Selection of Boston for 2024 Games

Statement from Timothy Murray, President and CEO, Worcester Regional Chamber of Commerce re: the Olympic Committee’s selection of Boston as the U.S. submission for the 2024 Games.

“The Worcester Regional Chamber of Commerce congratulates the Boston 2024 Olympic Committee and the City of Boston for their selection by the U.S. Olympic Committee as the U.S. submission for the 2024 Summer Olympics. However, the Worcester Regional Chamber of Commerce also at this time wants to express deep concerns about any assumptions on how allocations of the limited public transportation, housing and infrastructure dollars are used in furtherance of the Boston 2024 Olympic bid. Public investment in the Greater Boston area infrastructure for the Boston 2024 Olympics must not come at the expense of the rest of Massachusetts. It is critical to Central Massachusetts and the other regional economies across the Commonwealth that strategic state investments continue. A fair and equitable distribution of state resources must be the guiding principle as the Baker-Polito Administration and State Legislature reviews this exciting opportunity.”