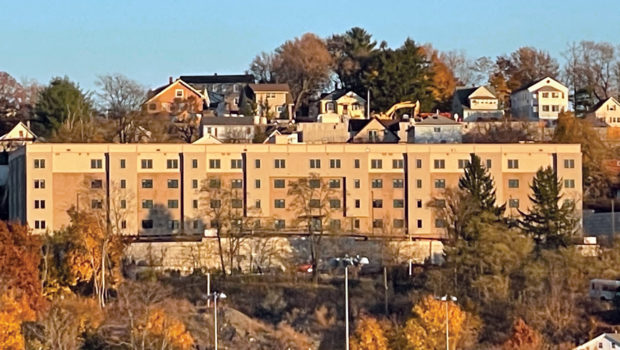 Incubating businesses, helping to bring good-paying jobs to the region, transportation, and housing are some of the initiatives on which the Chamber is focused.

Last year, the Chamber invested in a housing study to more fully understand the needs of Central Mass. residents. This report helps businesses, investors, and municipalities to make decisions about the types, the number, and the amount of money they will invest in housing because it is local and relies on data.

The report, released at the Chamber’s 2019 Game Changers Conference a little over a year ago, clearly indicated  that there are unaddressed housing challenges in the region. Namely, there is a significant need for market rate, workforce, and lower income rental properties. Further, the study indicates that an investment of workforce housing construction should pay off in the long run.

The study also claims that if Worcester continues the current economic, housing and employment development projects, the area’s working population could grow by up to 19 percent by 2030. Currently, few than 42 percent of Worcester residents own their own home and the demand for rentals is increasing.

Additionally, because of the high cost of living, increasing numbers of  working class residents are moving out of Boston and MetroWest and into Gateway Cities like Worcester. According to the study, one way to tackle the need for rental housing, is through private investors building affordable apartments, in some cases, by revitalizing abandoned buildings or using vacated lots.

The study showed that since 2008, vacant and abandoned lots in the city have doubled. Chamber member companies like Trinity Investment and their Courthouse Lofts project, Commerce Associates’ renovation of the Central Building, and WinnCompanies and their rehabilitation of the Canal and Voke Lofts, have been successful.

One such developer is Robert Branca, from Branded Realty Group. Not only will their new apartment building add to the city’s market rate housing stock, it is also having a positive impact on the Grafton Hill area of the city.

In 2015, Branded Realty Group purchased the property located at the site of the iconic El Morocco restaurant. Vacant since 2000, the structure was in ruins and dangerous. The company also purchased the adjacent vacant lots making the new property size 2-acres. The underutilized and abandoned space will become a new community of residents in this Grafton Hill neighborhood.

During a recent Chamber 360 Pivot Facebook Live event, we took people on a tour of the Wall Street complex where the audience got to virtually experience one of the desirable corner units and the fantastic views of the city afforded by the building’s high elevation.

Along with the latest technology, residents can expect home grade kitchen cabinets, washers and dryers, high-end flooring, and an abundant amount of storage space. All these amenities elevate this property to levels not seen in your typical apartment rental. Noteworthy is Branded Realty Group’s construction and design plan along with their persistence and hard work that is making this a choice for many. After just a week on the market, the 100 Wall Street Luxury Apartments is already at one third of its rental capacity.

“Clearly this project has had a tremendous impact on the neighborhood, even before the residents have moved in,” said Robert Branca.

He added, “The city council had a stated goal of improving the existing housing stock alongside creating new housing. We’ve seen both achieved in this part of Grafton Hill as we built the complex.  Nearby homes have been bought and renovated and more are in the process. Add to this the revitalization of the Shale Street playground, and the effect becomes more noticeable as time passes.”

As outlined in the housing study, available on the economic development page of the Chamber’s website: worcesterchamber.org, Worcester continues to be an affordable place to live, and growth opportunities in the housing market are out there. 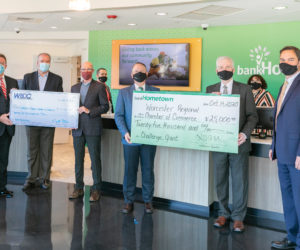 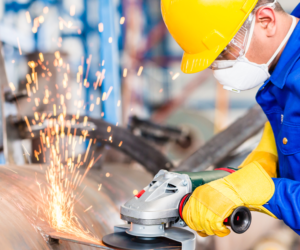 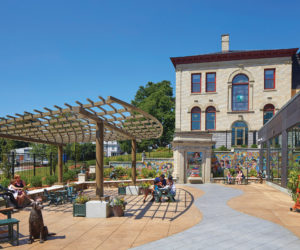