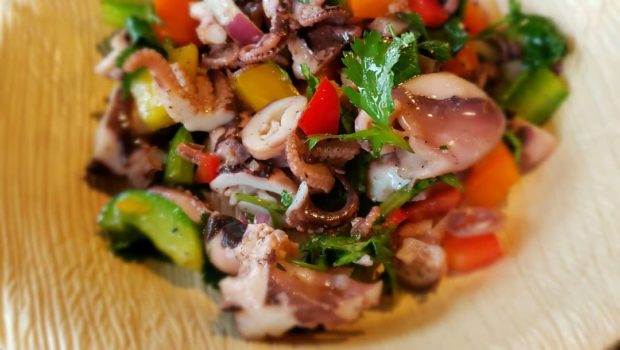 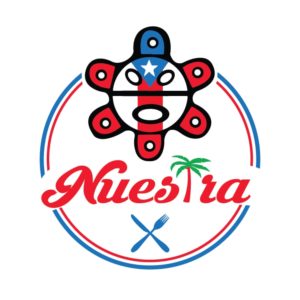 director of communications, about taking the leap to open Nuestra on the Voice of Business, the Worcester Regional Chamber of Commerce’s podcast.

Emily Gowdey-Backus: How long have you been interested in food production and being a culinary entrepreneur?

Natalie Rodriguez: I’ve always cooked. Years ago, I was on MasterChef Season 2 … [ending up in the] top 100. I didn’t get an apron, but I’m hoping to get some redemption from Gordon Ramsey at some point.

EGB: If you invite him to Worcester, we’d love to see him.

NR: Right? For a long time, I was in health care going to school for nursing and a way to [afford] school was cooking. I made meals for people out of my home and created a small following. That’s where the flame for cooking came about. From there, I managed a restaurant and a hotel and then the opportunity for Nuestra presented itself and I jumped for it.

EGB: What was the timeline in terms of that switch when you decided to change courses from nursing to culinary and hospitality to earlier this month when you opened the business?

NR: It was about three years total. I finished my degree in May 2018 then helped open up the new MGM Springfield in Springfield as a banquet manager. … After I graduated in May, it was go-time. I worked at MGM and then a little over a year later, this past August, was when we decided to rent the space and here we are in January finally open.

EGB: I’m always so impressed with those people who have the courage to jump at opportunities like that. I don’t know if I would have been able to leave one industry for another in the middle of an academic program.

NR: Yeah, I completely switched to hospitality and was talking 18 credits a semester for two years to finish it off. I knew I was in the right spot when I was getting 4.0s in all my classes, including business law. And I’m like, “Okay, well this is because it’s fun.”

EGB: Congratulations! I want to talk about the space in just a second, but first there are lots of people in similar scenarios to your story. What would you say to other people who are going down the path of entrepreneurship and just haven’t quite realized their dream yet?

NR: Friends and other people ask me all the time: “How did you go back to school with three kids at 18 credits per semester?” Executing, planning. … [Ask yourself,] what do you want in life? And go from there.

EGB: Perfect, and you were describing it earlier as small but intimate. You seat 24 and then eight at the bar?

NR: We seat 24 total with an eight-seat counter. It was a small pizzeria, and we took all of the booths out and then put two-top tables so we can accommodate as the flow comes in. This past week we had groups of 10, six, we had a group of eight, so we just move the tables wherever we can and everybody seems to be happy with it. People are excited to come sit and eat, or take it to-go.

EGB: I saw on Facebook there’s a lot of bright colors, liveliness. You decorated the inside of it just to be a warm, inviting place.

NR: Yeah, we wanted it to be warm. The whole theme was abuela’s (grandmother’s) food. My grandma taught me a lot of different things to cook and I have a lot of her original recipes, so one thing that we wanted everybody to feel was the setting of being outside of a house, a casita in Puerto Rico. We built the countertop to look like a little hut so you can feel like you’re outside. We have some palm leaf plates that’re eco-efficient and disposable. It’s that whole feeling of being welcoming and inviting, the way that your abuela would have.

EGB: Right, I’m glad you brought that up because what I’m hearing is that everyone’s calling it abuela’s, or grandmother’s, cooking. Is there an abuela in the story of you falling in love with Puerto Rican food?

NR: I remember being a kid and my great-grandmother growing cilantro on the windowsill. So, yes, I’ve always had a fascination with cilantro, and cooking, but my [those women] have taught me things. I remember my grandmother, Maria, when she was passing in hospice last year, talking to me about cooking. I told her, “you know, Grandma, I’m not ready for you to go. … There’s two recipes that I still don’t have that I need.” She sat down with me and gave me the recipes and walked me through everything giving me descriptions, down to the “moisty” feel of the ingredients. That’s her word and that’s what I have written down.

EGB: And those are the memories that you’ll have forever.

EGB: Do you remember which recipes those were, specifically?

NR: One specific was arroz con dulce, which is a rice pudding with coconut, and she walked me through that whole process. I tested it out and brought it to my dad, she was his mother, and my Aunt Gladys. They both tried it and I got the thumbs up. It tasted just like abuela’s.

EGB: Awesome, so let’s transition from there and go right into the menu. What is it structured like? Do you have appetizers, entrees, desserts?

NR: The menu has been the biggest challenge. … At the moment we’re selling about 150 empanadillas a day – most of them beef and cheese – because people keep buying them. We are trying to keep up at this point, so I had to scale back on my menu – it’s not even fully printed out yet. … We have some appetizers: a guava flatbread with a homemade guava barbeque sauce, a barbeque chicken flatbread, guava barbeque chicken wings. We have a lot of empanadas, and different rice and beans. Those are more regular, but we try to do a couple things with twists, like a mango-lime cilantro vinaigrette. … We have a pastry chef, Chef Medina, who is amazing and has some great delicacies. She does a quatro leches, which is the tres leches with coconut milk added, a passionfruit-mango cheesecake, and things like bread pudding and parfaits. … We’ll be doing different specials all the time to keep things interesting, keep things different.

EGB: And you also have a catering side. I’m in the Leadership Worcester cohort right now and you catered our lunch the other day, which was amazing. The plantains, they were the most – not spicy – but they taste different than any other plantains I’ve had. Was there garlic in them?

NR: Yeah, it was a garlic plantain chip. It has garlic seasoning.

EGB: Oh okay, I’ve only ever had the salty ones.

NR: We did the garlic ones for you guys and you had the chicken sandwiches. But yeah, we’re trying to get more into the corporate catering scene. Just because there’s the everyday sandwiches that you can get, but we want to try to give a little flare to it.

EGB: Yes, I’ve had enough club sandwiches in my life.

NR: We’ve been doing catering since about September. To generate some income and we decided that was one thing that we could do while we were setting up and getting things ready for the restaurant in the last five months.

EGB: Alright, fellow members, if you hear (or read) this, we can absolutely put you in touch with Natalie to get you that awesome lunch and score some brownie points in the office – be the person with the info and the connection. Natalie, otherwise, how can people get in touch with Nuestra?

NR: They can go online. My website is nuestraworcester.com, which actually in English means “Our Worcester,” which is great. … We also have a Facebook account, @NuestraPRkitchen, and we’re @nuestra on Instagram, you can call us at 508-926-8885 and also email at info@nuestraworcester.com.

EGB: Or you could just stop in and order something.

NR: Or you could just stop in, get food, and come talk to me.

EGB: Nice to know that it’s portable size because I will be stuffing my bag with empanadas. Well, Natalie thank you so much for joining us on the Voice of Business. 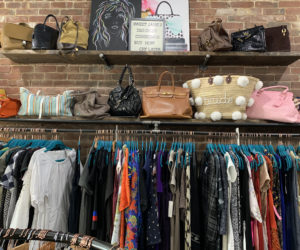