The Worcester Regional Chamber of Commerce is comprised of five chambers with a total of 35 communities making it the largest chamber of commerce in New England. Our chambers are: Auburn, Blackstone Valley, Central Mass South, Clinton Area, LABO,  Wachusett Area, and Webster Dudley Oxford. These affiliations allow each chamber to be both local in focus and yet regional in planning.

This model partnership among our affiliate chambers enhances and expands regional capabilities and opportunities in economic development. Likewise, it allows for the successful promotion of the entire Worcester region as a great place to conduct business and experience a high quality of life. View the Chamber’s Service Area Map.

Bordering Worcester to the southwest, Auburn has much to offer its business and residential community. Incorporated in 1778, the town was primarily a farming community until the early 1900s when industry in nearby Worcester was booming and Auburn became a burgeoning suburb with residents who commuted to Worcester.

Today, Auburn’s population of more than 16,200 enjoys a community that offers convenient access to just about anywhere. The Massachusetts Turnpike has an Auburn exchange, and the town is near Interstates 290 and 395. State Routes 12 and 20 both pass through Auburn.

Auburn is a favorite destination for shoppers from all across New England, thanks in large measure to the Auburn Mall, with anchors Macy’s and Sears and the many plazas along Routes 12 and 20. For history buffs, the town features a monument commemorating one of this century’s most momentous events. In 1926, Dr. Robert Goddard launched the first liquid-fuel-propelled rocket in Auburn, an accomplishment that represented the first step toward space exploration.

The town’s strong and active Chamber of Commerce is dedicated to nurturing Auburn’s many strengths. Initiatives include fostering relationships among citizens, businesses, the educational community, and local/regional governmental agencies.

Since 1979, the Blackstone Valley Chamber of Commerce has worked to promote the economic vitality of the 11 towns that comprise Blackstone Valley, meet the needs of the Chamber’s business members, and provide leadership on issues that impact the economy and the quality of life in the Valley.

Known as the “Birthplace of the American Industrial Revolution,” this picturesque region is steeped in the history of the Blackstone River and the mill communities that it spawned. These mills have been the subject of many restoration projects that continue today. Although the Blackstone River Valley includes the cities and towns from Worcester, MA to Providence, RI, the Blackstone Valley Chamber of Commerce encompasses the Massachusetts towns of Blackstone, Douglas, Grafton, Hopedale, Mendon, Millbury, Millville, Northbridge, Sutton, Upton and Uxbridge.

The chief partners of the Chamber are the BVCC Tourism Association, BV Education Foundation and the BV Regional Economic Development Council. With the expansion of route 146, there has been a resurgence of growth and the undertaking of significant projects in the Valley. The Blackstone Valley Chamber of Commerce is proud to be a leading force in the region leading it into a vibrant future. 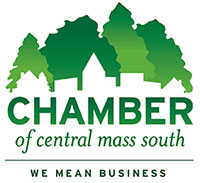 The area is known for a gracious lifestyle and beautiful scenery making it a popular destination for tourists. The region has a long, proud history in manufacturing, particularly in the areas of optics and precision machining. With roots dating to the early 1800s, the region currently plays host to several national and international optics manufacturers with applications in the medical, military, security, space and solar technologies, and telecommunications.

The Central Mass South area offers the ambience of small, friendly towns and comfortable suburban neighborhoods that make for quiet New England living. By far the greatest treasure of the Central Mass South area is the people. New Englanders believe in a stable government, old-fashioned work ethics, and a love of the land. From the stoic early settler James Dennison, who came to the area in 1728, to the Wells family and their recreation of an 1830s era town in Old Sturbridge Village, they take pride in the forbearance and creativity exhibited by the area’s people.

Mission Statement   |   To promote and enhance the business climate, develop a positive economic environment and contribute to the betterment of the community.

The Chamber has established partnerships local town governments and organizations to address issues of mutual concern. The Chamber also is affiliated with the Worcester Regional Chamber of Commerce.  Members of the Wachusett Area Chamber have access to the Worcester Chamber’s resources, programs and advocacy while retaining their autonomy in a smaller community chamber.

Membership is diverse, including home-based businesses, small businesses and large corporations.  This diversity brings vitality and strength to the Chamber’s programs and support the positive influence those programs have on the community. 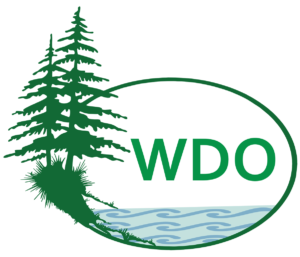 The Webster Dudley Oxford Chamber of Commerce strives to cultivate an environment that is conducive to the establishment of new business, the retention of existing business, and the success of all business.

Oxford was incorporated in 1600 and was the first original township for this area. Dudley was founded in 1732 as part of the Massachusetts Bay Colony and Webster was founded 100 years later in 1832 with parts of both Dudley and Oxford.

Webster was one of the earliest mill towns in the Commonwealth when Samuel Slater first built a cotton mill in 1811. More industries came to Webster after the completion of the Norwich and Worcester Railroad in 1840. Webster is most famous for its beautiful lake – Lake Chargoggagoggmanchauggagoggchaubunagungamaugg. Also known as Webster Lake or the lake with the longest name – its Indian name means “the fishing place at the boundaries and neutral meeting grounds.” The modern day translation is “You fish on your side, I’ll fish on mine and nobody fish in the middle.”

Dudley was settled by colonists in 1684 and incorporated in 1732. It was the first town incorporated after the formation of Worcester County. Dudley maintained a large agricultural establishment, growing hay, grains, and vegetables. The town’s economy was dominated by the textile industry until the 20th Century. Poultry farms, dairy farms, and vegetable and market gardens continue to dot the landscape. Highly regarded Nichols College is located in Dudley.

The town of Oxford was named for Oxford, England and is also comprised of North Oxford. The original land was approximately 65 square miles and included parts of present day Charlton, Auburn, Dudley, and Southbridge. Manufacturing was important to the area where the textile industry continued until the 20th Century. The area is home to many of the original Slater Mills. Dr. Eliott P. Joslin, a noted pioneer in the field of diabetes is from Oxford. Clara Barton, founder of the American Red Cross was born in North Oxford where her home is now a museum.

The Clinton Area Chamber of Commerce was founded in May of 2022 as an affiliate of the Worcester Regional Chamber of Commerce.
In 1828 the Bigelow brothers, Erastus and Horatio started an industrial revolution that left a lasting mark on the many aspects of Clinton. Erastus, a mechanical genius, invented the power loom for manufacturing coach lace, counterpane cloths and gingham plaids. With Horatio, a marketing entrepreneur, the brothers captured a firm hold on the textile industry. By 1848 unprecedented growth in the population and industry enticed local leaders to separate from the mother town. After two years of negotiations, the Town of Clinton was incorporated on March 14, 1850. The Bigelow’s and the Town of Clinton’s success continued with the development of the carpet loom. Bigelow’s carpets were of superior quality and were found in finest establishments including: the White House, the Waldorf-Astoria, and the SS Titanic. Clinton’s industrial foothold began to slip during the Great Depression of the 1930s. As with many New England mill towns, businesses closed or moved away. Fortunately, the numerous mill buildings were discovered again during the 1970s and 1980s by modern day entrepreneurs and many successful business now thrive where the Bigelow’s left off (clintonma.gov).