TOP 10 REASONS TO INVEST IN WORCESTER 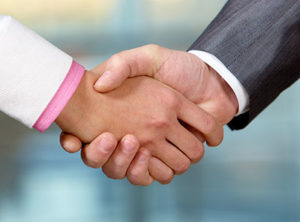 The Chamber of Commerce is the lead organization in the city’s strategic effort to recruit new businesses to the region, retain and develop a talented workforce, and foster entrepreneurial innovation in Worcester and the region.

Between 2010 and 2020, Worcester outpaced every major city in New England — including Boston — in population growth, with an increase of 14%. Now at over 200,000 residents, Worcester continues to solidify its spot as the second largest urban area in New England.

The growth is not limited to residents. Between 2020 and 2021, Central Massachusetts outpaced the state average in new business incorporations. Over 2,700 new businesses were founded in the region, a 14% increase over the previous year, and more than the state’s 10% increase.

On average, the cost of living in Worcester is 46% lower than Boston as of 2022. Housing costs are significantly more affordable, with the market-rate for a one-bedroom apartment being $1,450 compared to Boston’s $2,825. A single-family home costs $345,000 on average in Worcester, a 56% decrease from the $782,000 average cost in the Boston area.

Business costs are far more affordable as well. The average class-A office space rent in Worcester is $25/square foot at most, far less than Boston’s average of about $50/square foot while maintaining much of the same quality. Lab space can be rented at a competitive $35 to $55/square foot as well.

It’s no mistake that Worcester is known as the “heart of the Commonwealth.” The city is crisscrossed by seven major highways, has 19 round-trip commuter rail trains to downtown Boston, and is home to the Worcester Regional Airport with commercial flights on JetBlue, American Airlines, and Delta. Worcester is conveniently located just an hour’s drive from other major New England metro areas such as Boston, Providence, Manchester, and Hartford.

Worcester’s Workforce is YOUNG and EDUCATED.

Worcester is known for being a vibrant college town with 31,000 full-time students attending eight colleges and universities in the city. The city’s median age, not including college students, is 34.4 years old. Worcester’s higher education offers students and employers opportunities of all kinds — from Quinsigamond Community College to medical schools at UMass Chan Medical School and MCPHS, to liberal arts schools like Clark University, College of the Holy Cross, Assumption University, and Worcester State Univesity, to the city’s polytechnic institute, WPI.

With a wide selection of cafes, coffee shops, green spaces, nightlife, restaurants, and other experiences-based amenities in all parts of the city, students can enjoy Worcester as not only a college town, but a place to plant roots.

Local youth are the lifeblood of the community, and Worcester Public Schools and other private districts in the city prepare students for the real world. In the public school system, diversity is strong with 74 languages being represented among students. Worcester Technical High School is ranked as one of the top vocational schools in New England, and vocational training programs are widely available for both students and young adults who wish to receive industry-recognized credentials.

Between 2000 and 2010, Worcester County’s manufacturing sector was 2.4 times stronger than that of Suffolk County. During this same period, scientific research and development grew employment by nearly a third and computer systems design and related services, which includes digital game development, grew by almost half.

Entrepreneurship is booming as well, as more budding business owners recognize the value of Worcester. Over 2,700 new businesses were created in the past year in the county alone. Institutions of higher education supply talent and new ideas to the marketplace. Even cannabis is a high-growth industry, with over a dozen locally-owned dispensaries opening in the city since recreational consumption was legalized in 2018.

With two major hospitals and eight colleges and universities, education and healthcare is the foundation of the city’s economy and are by far the largest employers in Worcester. These sectors grew by more than a third between 2000 and 2010 in the city and by 2010, represented the single largest employment base in the city with 28,956 employees and in Worcester County with 71,277 people. Worcester County has experienced astronomical growth in this sector over the last decade and projections suggest continued growth will take place.

Between 2000 and 2010, the professional, scientific and technical sector grew by a third, accounting for 3,498 new jobs in Worcester County. The two areas with the most growth are research and development and computer systems design, including video game design, which grew by 40% and 46 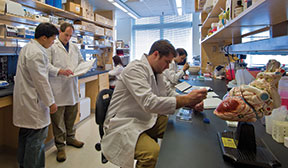 % respectively. This sector thrives on clusters, which exist and are growing in Worcester County thanks to the region’s unique resources such as MassDigi – the Massachusetts Digital Game Institute, UMass Chan Medical School, Massachusetts Biomedical Initiative – a thriving biotech incubator, and WPI at Gateway Park which hosts early stage science and engineering companies. Through continued collaboration, investment and focus on growing these existing clusters, it is expected that the sector will continue to expand.