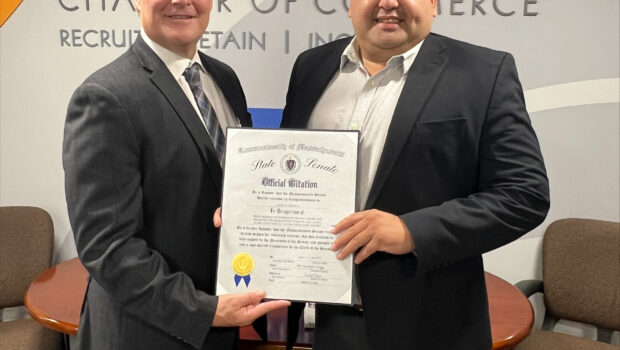 Chamber VPs Receive Recognition For Work In The Community

Chamber VPs Receive Recognition For Work In The Community

Senator Michael Moore of the second Worcester district nominated Alex Guardiola for a Massachusetts Black and Latino Legislative Caucus Latino Excellence Award. The Latino Excellence Awards is the MA Black and Latino Legislative Caucus’ premier Hispanic Heritage Month Event. Each legislator is given the opportunity to nominate an outstanding Latino leader, trailblazer, and/or changemaker who continues to make a significant contribution to the district that legislator represents. Guardiola, born in El Paso, Texas, has lived in Worcester for nearly 40 years. After earning his law degree from the New England School of Law, Alex worked for the Massachusetts Attorney General’s Office as an inspector in the business and labor protection bureau, where he received the Edward J. McCormack Jr. Award for Excellence in 2006.

He then worked at Commonwealth Medicine, a program through UMass Medical School in Worcester, where he investigated medical fraud. He was the assistant campaign manager on the committee to elect Tim Murray, who served as lieutenant governor and is now the president and CEO of the Worcester chamber. Alex joined the Chamber staff in 2018. Guardiola lobbies the state government for small businesses and has been a tremendous advocate and supporter of residents and business owners in Worcester County. He serves on the board of the Worcester nonprofit YOU Inc., the Worcester Regional Food Hub, and the Worcester Education Collaborative. During the height of the COVID-19 pandemic, he assisted local businesses in navigating federal Paycheck Protection Program loans, helped businesses reopen, and provided legal guidance to those in need. In his spare time, he volunteers around Worcester at the Friendly House, the Vernon Hill crime watch, his church, and local food pantries. Guardiola was honored on October 13th at the 2022 Latino Excellence Award ceremony that took place over Zoom.

Karen Pelletier, our Executive Vice President at the Worcester Regional Chamber of started at the Chamber in 2014 as the Director of Higher Ed- Business Partnership, she was then named the VP of Operations and Director of Education and Workforce Development, and in 2020 was promoted to the role of Executive Vice President. Karen has created strategic partnerships that benefit Chamber membership, enhance business recruitment efforts, and provide important career development opportunities to up-and-coming business owners. She has also developed programs such as seminars and networking opportunities to facilitate introductions between new business leaders and seasoned veterans. In addition to these efforts, Karen also leads the Leadership Worcester program and spearheads the Worcester Women’s Leadership Conference.

The Leadership Worcester Program creates a network of thinkers and doers who are moving the region and each other forward.  Participants connect with key stakeholders, learn from influential leaders, and forge relationships that help them take the next step in their leadership. Many of the graduates have gone on to be very successful leaders in our community. Karen’s ability to listen to stakeholders and members, collaborate, and execute on programs and initiatives are the hallmark of her leadership which has played such an important role in improving the Central Mass community in a variety of ways over the past 8 years at the chamber. In addition to the Leadership Worcester program, Karen oversees the Worcester Youth Leadership Institute, a summer version of the Leadership Worcester program for individuals in their late teens. The participants of the WYLI are primarily young people of color participating in the Worcester summer jobs program.

Karen was honored on November 15th at the Worcester Business Journal’s Outstanding Women In Business Awards at Mechanics Hall. 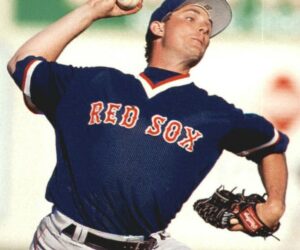 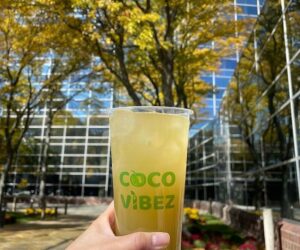 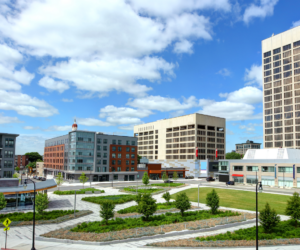