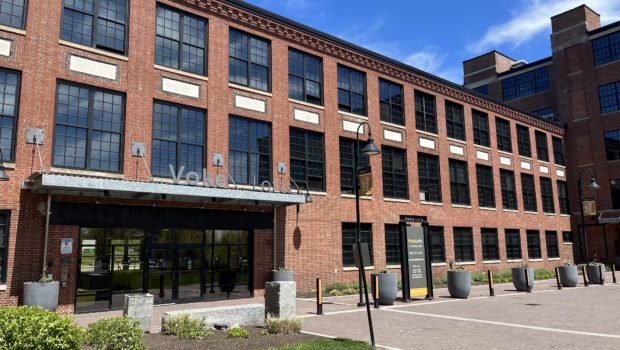 In a city growing as fast as Worcester, homeownership development can be a powerful tool for policymakers and developers to create an invested, strong community. With this understanding, in February, the Worcester Regional Chamber of Commerce released a report on the current market and future opportunities for condominiums in the city. The Chamber’s aim with the report was to generate increased interest in condo developments in Worcester, seeing as condos provide affordable paths to homeownership.

Even prior to the pandemic, Massachusetts’ housing market had been in crisis. Accordingly, the Chamber has been a leader in the Worcester community when it comes to research on housing. In 2019, a landmark housing study titled, “Worcester for Everyone: A Regional Housing and Economic Study Outlining Local Opportunity,” was released. The study was conducted by Smart Growth Economics, whose co-founder, Dr. Mahesh Ramachandran, now serves as a chief economist for the state government.

After surveying the current market and statistical trends, the housing study concluded that more production would be needed to meet Worcester’s rapid population growth if it increased 15,000 people by 2030. Worcester’s 2020 census data shows the population has already increased by 25,000 people. The shortage of housing production in recent years is reflected in the rising costs of housing and Worcester’s status as one of the hottest real estate markets in the country.

The 2019 housing report has been cited by several developers as instrumental in persuading them to build to meet the demand for housing of all types in Worcester. However, nearly all the recently completed and proposed developments have been rental housing; no major condo developments have been announced. While the surge of new housing developments—with more than 3,800 units in the pipeline alone—is a boon for the city and necessary to meet short- and intermediate-term housing demands, long-term solutions for homeownership have not been met with the same sense of urgency.

Earlier this year, the Chamber embarked on an analysis of the housing market to follow up on this 2019 housing study by focusing on developing homeownership opportunities through the addition of new condos to the housing stock. Condos, with an average sale price of $200,000, can be an affordable way for first-time homebuyers to get into the market and own property.

Using data gathered from the city, the Chamber found that there are only 5,000 condo units in Worcester, comprising about 6% of the total housing stock. By and large, these units are in duplexes or low-rise condo complexes, with only about 400 units in denser high-rise condo developments. Only about 600 units are located within walking distance of downtown, creating a challenge for Worcester’s economic development aspirations to be a vibrant and walkable 18-hour downtown.

Further concern comes from the fact that Worcester has the 14th lowest homeownership rate in the country for mid-sized cities. About 60% of the city’s residents rent their housing, even though a 2019 study by the Worcester Regional Research Bureau found that those who rent spend more on their housing costs each month than homeowners do, regardless of income level.

With homeownership rates among communities of color being much lower than white households in Worcester, this presents an issue of economic and social justice. Studies show that increased homeownership rates in a community correlate to improved outcomes in education, wealth-building, public safety, property maintenance, and community investment. As such, presenting more affordable homeownership opportunities to households of color by bridging the gap with condos can improve socioeconomic outcomes for all.

The Massachusetts Housing Finance Agency, or MassHousing, recognizes that housing production must be an equitable endeavor that benefits all. Under the leadership of Executive Director Chrystal Kornegay, MassHousing recently launched the CommonWealth Builder Program.

Ms. Kornegay joined Worcester Chamber members in March for a Construction & Real Estate Roundtable to discuss with local developers how the program works and how it could be implemented in Worcester, which has not yet seen a CommonWealth Builder-subsidized project.

CommonWealth Builder is designed to incentivize the production of homeownership opportunities in Gateway Cities like Worcester by subsidizing developers up to $250,000 per unit and $10 million per development. A recent infusion of American Rescue Plan Act (ARPA) stimulus allowed MassHousing to increase its subsidies per development to this level. The condos or single-family homes created must be new construction and must be income restricted.

Income restrictions are set between 70% and 120% of the area’s median income, or about $69,000 to $118,560 for a household of four. In affordable housing, this range of income is typically referred to as “workforce housing,” or housing for individuals who earn too much to qualify for low-income housing and too little to afford many market-rate units.

“When we talk about workforce housing, we like to give people an idea of who we are talking about,” said Ms. Kornegay during the Chamber’s roundtable event. “A union construction worker, a healthcare support staff person, a single mother working as a nurse raising two children—these are the types of people who are struggling right now in the marketplace,” she said, noting that this moderate-income, workforce housing bracket was typically overlooked when it came to new developments.

Ms. Kornegay, who read the Chamber’s condo report, noted that it was important to encourage workforce housing all around the city, but especially in areas like downtown where there is a dearth of condos.

“You’ve seen a 14% increase in population over the past decade, and over the last fifteen years or so there’s been $4.5 billion in investment in Worcester,” said Ms. Kornegay. “Yet there is a low rate of homeownership, especially downtown.”

About 60 developers, property management firms, construction firms, brokers, bankers, and local professionals from other industries in the Worcester area were present for the roundtable. The Chamber continues to build on its work with the condo report by following up with developers and starting conversations about condo development, especially developments that take advantage of
CommonWealth Builder’s generous subsidies.

The full condo report can be viewed here.