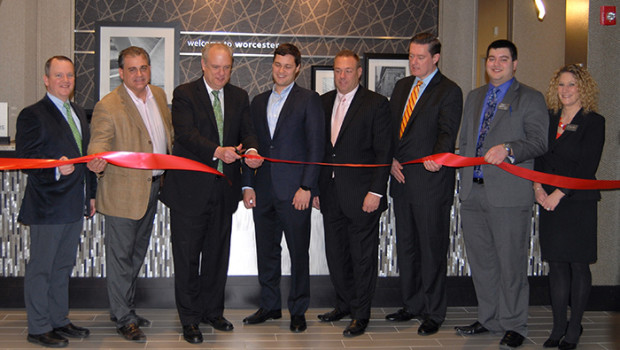 The 100-room hotel located at 65 Prescott Street was developed by XSS Hotels. PROCON of Manchester, N.H. was the architect and construction manager for the design-build hotel, which will be managed by Colwen Management of Portsmouth, N.H. Construction of the new hotel began in February 2015.

The 60,000-square-foot hotel will offer king and queen rooms and studio suites. The suites will have a sitting area with a pull-out sofa sleeper and a wet bar with a refrigerator and microwave. All the guest rooms will offer complimentary high-speed Internet access, and wireless Internet access will be available in the lobby. The public areas of the hotel will include a business center, breakfast area for the hotel’s complimentary breakfast, a Suite Shop selling snack and sundry items, an indoor pool, and fitness room. The hotel will also have a conference room with flexible space.

The five-story building is clearly visible when driving through Worcester on I-290. The building’s first floor houses the hotel’s lobby and common rooms and offers covered parking for eight vehicles.

The Hampton Inn & Suites is one of several design build hotel projects XSS Hotels has developed in the City of Worcester, including The Courtyard by Marriott on Grove Street and the Residence Inn by Marriott on Plantation Street. 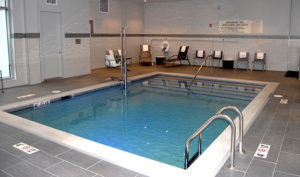 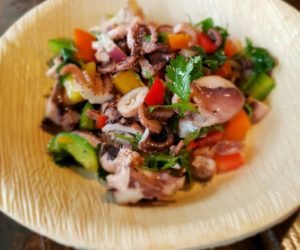