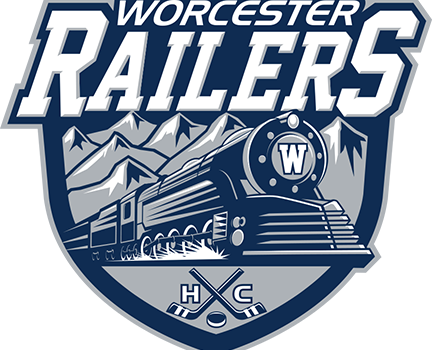 Worcester’s new professional hockey team – the Railers – announced its new name and logo on Sunday, April 3 on home ice. The unveiling took place at their fan fest held at the DCU Center. The event which took place from 1 to 4 pm featured a celebration that included food, entertainment, free skating, give-aways and more.

The Railers will drop the puck in October 2017 when the Premier “AA” Hockey League opens its 30th season, making it the third-longest tenured professional hockey league behind only the National Hockey League and the American Hockey League. Cliff Rucker is principal and owner of Worcester Pro Hockey.

President of the organization is Toby O’Brien with marketing and professional Michael Myers, formerly with the Worcester Sharks, taking on the promotion of the team.

Visit the Railers website for more information, to purchase season tickets, and for team apparel.