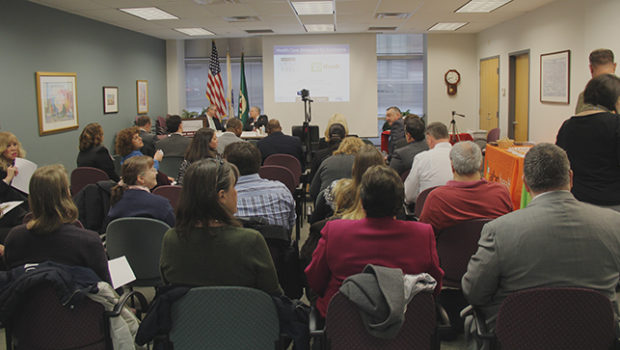 Worcester – In 2006, Massachusetts pioneered health care reform strategies that were then used as a model for the federal Affordable Care Act in 2008. Since then, the complexities of reform and overall health care costs continue to expand, resulting in confusion among Massachusetts business owners and residents. 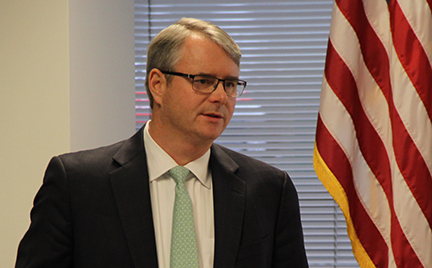 In response to this, insurance advisors such as Todd McDonald, president of Aisling Partners Insurance Brokerage and David Soltys of Small Business Insurance Agency, have begun to develop new, creative methods for employers to adopt. On March, 7, McDonald and Soltys served as presenters for the latest installment of the Worcester Regional Chamber of Commerce Seminar Series. The program focused on business perspectives from a local stand point, as well as tools to develop modern health care strategies for employers.

According to McDonald, the three main factors driving current health insurance markets are the economy, rising health care costs, and the uncertain approach of a new administration. “This slide is no different than it was eight years ago,” says McDonald, referring to the presentation displaying the three factors.

In order to set the scene of the current market, McDonald and Soltys examined the process of healthcare reform. “The inclusion of so many elements…has just been a tremendous burden on the insurance companies…employers…and advisors,” says McDonald.

From a local standpoint, Massachusetts has successfully covered the uninsured, resulting in an insured rate of 97%. However, the cost of healthcare has not been reduced and cost containment remains the biggest challenge. “Health insurance is expensive because healthcare is expensive,” says McDonald. In an effort to address cost containment issues, a variety of measures have been pursued at the local level. One of these cost containment tools comes in the form of mandates, which in the end, have had a reverse effect. “Those add layers of cost, and in Massachusetts, we’ve had the most mandates of any state, and no surprise the corresponding cost is 33% higher than the average.”

Other cost containment tools include interstate and free market competition. “I think this is back on the table. It’s an initiative of the Trump administration… I think that most of us believe the more competition the better. It’s something you are going to see more and more of moving forward,” says McDonald. “There are no easy answers. It’s a shared responsibility.”

According to national trends, there has been a philosophical and financial shift in the types of healthcare plans that employers are offering. Over the past 10 years, consumer driven health plans (CDHP) have seen a dramatic increase. This includes high deductible health plans like Health Reimbursement Arrangements and Health Savings Accounts. As of 2016, 29% of insured employees are covered under CDHP, a 25% increase from 2006. “I can confidently suggest that you’re going to see that trajectory carry forward significantly,” says McDonald.

McDonald also points out that companies containing 200 or more employees have been making use of incentives when designing their health plans. These incentives for employees come in the form of rewards for completing health promotion activities such as biometric screenings and wellness programs. “Regardless of market size, wellness and engagement is paramount,” says McDonald. “Putting incentives in place will drive behavior.” 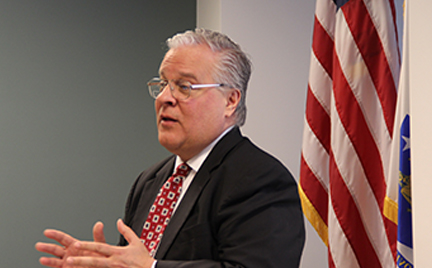 Along with wellness initiatives, employee surveys have been important in the decision making process for employers. “Getting employee feedback is important and critical to your decision,” says Soltys addressing the crowd of Chamber members. “We’re fortunate in Massachusetts to have five or six of the best health plans in the country…we as employees know that. If employers ask their employees, I think employees are willing to cost share a little bit more.”

With constant debate and changes to health care policy on both the national and local levels, employers can easily lose sight of how to pick the best health plan. Many business owners have been able to implement creative health care strategies in order to work around the complexities of the industry. “I don’t have the crystal ball…but there’s indication that the burden will be lessened,“ says McDonald.