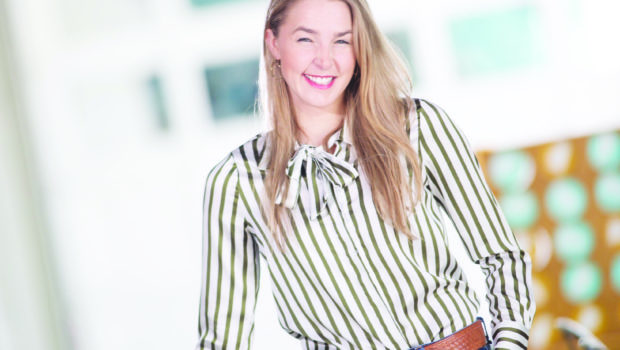 I grew up all over Worcester. At various times in my childhood, we lived off Vernon Hill, Park Avenue, June Street, and Hamilton Street. I thought I had an intimate knowledge of my city, but I realize now that there was plenty I couldn’t see. There still is.

As a Worcester Public Schools student, my teacher and swim coach Gail Holland helped shape me into an accomplished student athlete. I remember her pride and support when Fordham University recruited me to join its NCAA Division I swim program during my senior year.

College swimming taught me to have grit and determination in all of my pursuits. After I graduated with my bachelor’s degree in English and education, it was hard to imagine life on dry land. I began trading blog posts for pool time at Worcester Fitness – an arrangement I eventually parlayed into a column for Worcester Magazine.

I spent the first decade of my teaching career in the Auburn Public Schools. Like many educators, I was leading a double life.

Most evenings, I drove to Boston College where I was completing my Masters in education. On nights when I didn’t have class, I would pick up shifts at Armsby Abbey where I worked as a server.

Worcester became a hectic waypoint rather than the vibrant destination I’ve since come to know.

I was living 25 miles west of the city at a residential summer camp for at-risk youth, which I had attended as a kid. I earned my keep by writing grants and helping out with off-season maintenance tasks. I loved teaching swim lessons in the summertime, but camp felt excruciatingly remote the rest of the year.

In the fall of 2016, I moved back to my hometown. City life was different than I remembered. Many of the vacant manufacturing buildings from my childhood had been repurposed as lofts and unique retail spaces. I began to see Worcester with fresh eyes.

My newfound network encouraged me to apply for Leadership Worcester’s Class of 2018 and my mentors in the Auburn Public Schools supported me when I was accepted. The Rotary Club in Auburn even awarded me a scholarship to help cover tuition.

I looked forward to joining an eclectic cohort of passionate professionals to learn about public safety, government, sustainability, economic development, culture, and health care. Throughout the program, I designed community service learning opportunities for Auburn’s students that aligned with our sessions.

When alumni describe Leadership Worcester as a “hands-on experience,” it’s no joke.

During orientation, I asked City Manager Edward M. Augustus Jr. a question about the library and, within a week, I received a request to sit on the board of the Worcester Public Library Foundation – of which I became the communications committee chair.

On my ride-along with the Worcester Police Department, I witnessed such levels of care and compassion that I was moved to write a cover story for Worcester Magazine about community policing. Leadership Worcester wasn’t just showing off my city, it was building an army of engaged citizens all around me.

I’ll admit that the session I was least excited about was the one dedicated to education. I assumed it would feel like another day at the office. It turned out to be the day that changed my life. When we boarded a van for Burncoat Middle School, I had no idea I was about to get a glimpse of the future.

At BMS, students literally danced through the halls; I found the building’s creative culture invigorating. I thought of teachers like Mrs. Holland who had believed in me and made me feel like a part of the community. I knew it was time to come home.

This year, I began my new role as the media and library specialist at BMS. I help students plan and execute civic engagement projects on a daily basis in hopes that they will fall in love with Worcester just like I did. I’m not sure I would have ever considered a lane change after 10 years in the same school system without the motivation of Leadership Worcester. The program empowered me to take meaningful action in the community. If you let it, it could do the same for you.

Sarah Connell Sanders is a correspondent for The Chamber Exchange. If you have any questions, please contact Emily Gowdey-Backus via email. 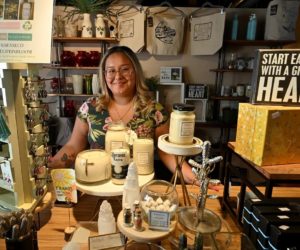 What Leadership Worcester Taught Me 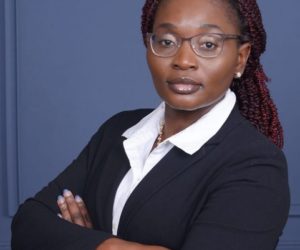 Leading Together: What Leadership Worcester Taught Me 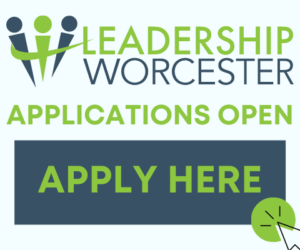