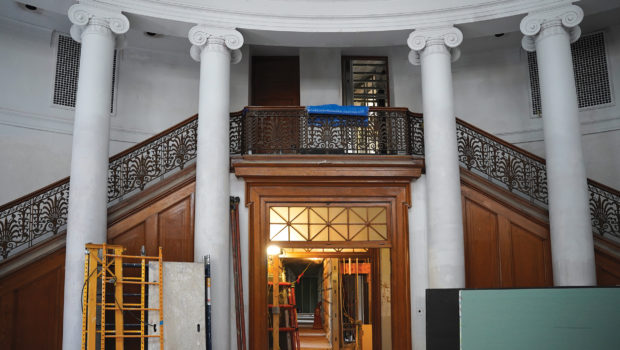 When Trinity Financial was selected to redevelop the former Worcester County Courthouse into a mixed-income housing community three years ago, the Boston-based company knew an exciting yet ambitious challenge lay ahead.

The iconic downtown Worcester building, which dates back to the 1840s, had been vacant for a decade. It had undergone numerous renovations in the past, including a substantial expansion in the 1950s. And when construction crews finally arrived on site, they discovered a myriad of unforeseen conditions.

“There are all these different parts of the building that are mismatched together, and the building had sat empty for years before we got involved,” said Michael Lozano, vice president of development at Trinity Financial. “The state and the city really maintained it and all the details are still there, but it was in difficult condition.”

Over the past several years, Trinity worked with various historical committees and organizations to restore the 214,000-square-foot building’s original grandeur and adapt it into a modern residential living space for households of all incomes. The developer, which specializes in complex urban projects, preserved many historic details – from judges’ benches to original signage – and incorporated them into the building’s overall design.

Now, the company is preparing to begin leasing the first of the Courthouse Lofts as soon as early October.

The phased opening will begin with the section of building originally constructed in the 1950s, followed by the rest of the complex in January. The development will also include a public museum dedicated to American cyclist Marshall Walter “Major” Taylor, who trained and competed on the streets of Worcester more than 120 years ago.

“It has proven to be crazy and a very challenging project to pull off, but it’s totally worth it,” Lozano said. “It’s a truly unique building. It’s still iconic and it’s going to be an amazing place for people to live.”

From vaulted ceilings to intricately crafted molding, each unit’s features are unique.

The apartments range in size from studios to three-bedrooms, and feature amenities including washers and dryers, quartz countertops, custom lighting and stainless steel appliances.

“They all have some sort of historic details from all these different eras,” Lozano said. “It’s pretty cool in that respect. There’s just an amazing amount of unique detail throughout the building, and we really made a lot of effort to keep as much as we could.”

Common areas include many original elements such as marble corridors, ornate plaster medallions, large light-streaming windows and woodwork. One of the building’s most elaborate courtrooms was converted into a lounge area with nearly all of its original details preserved – including the jury boxes. In the 1950s section of the building, original phone booths were incorporated into the renovation.

Once the Courthouse Lofts is fully leased, the development promises to be as diverse as the surrounding Worcester community.

Lozano says he expects that tenants will range from young professionals to empty-nesters, and come from a wide range of economic backgrounds. The Courthouse Lofts will feature a variety of affordable units, making the development accessible to renters of all income levels.

“It’s very important to Trinity to provide housing for everybody, and the vast majority of our projects really do incorporate a mixed-income model,” he said. “We feel that provides for more stable communities – both within our apartment buildings, but also in the neighborhoods and cities where we work.”

Diversity is a core value for the 33-year-old company, which is 50 percent minority-owned and boasts a diverse staff comprised of 59 percent women and/or minorities, according to its website. Its co-founder and principal, Patrick Lee, is a prominent Black leader in the industry.

At the Courthouse Lofts, Trinity also expects to house a robust artistic and creative community – so much so that the company incorporated a makerspace into the building’s design. The room, located on the second floor, features space where tenants can network, share resources and work on messier projects outside of their apartments.

Once the apartments come online, the increased foot traffic is expected to further activate the northern end of Main Street, taking Worcester one step closer toward creating the 18-hour downtown the city has been striving to build over the past five years.

“I think the building is ideally located so that you can walk to anywhere in downtown,” Lozano said, adding he expects that residents will take advantage of the various cultural offerings in the area, including the Worcester Art Museum, Tuckerman Hall, and the Salisbury Cultural District.

The Courthouse Lofts will also pay homage to one of Worcester’s most accomplished athletes.

More than 120 years ago, cyclist Marshall Walter “Major” Taylor trained and competed on the streets of Worcester, going on to become the second Black world-champion athlete in history and breaking seven world records.

Assistant Project Manager Aaron Horne said the development will include a public museum featuring cable-hung panels that tell Taylor’s story in chronological order through vivid imagery and text. The space will also include interactive screens with images and videos about Taylor’s life, as well as a bicycle-racing station that allows visitors to find out whether they can keep up with his record-setting pace.

When the city originally put out a request for proposals for the building, Lozano said officials hoped to see a retail component incorporated into the design. It quickly became apparent that the former courthouse, which is set back from the street, wouldn’t lend itself well to that use. When Trinity Financial was selected as the developer, Lee, who had previously become acquainted with Taylor’s story, suggested that the non-residential component honor the cyclist.

The museum will also allow members of the public to step inside part of the historic building – an opportunity they might not have had otherwise – and attract more foot traffic to that side of Main Street.

“We’re very excited to be downtown and contribute to everything that’s been happening there over the last several years,” Lozano said. “We wanted to make something that was really positive and help activate that northern end of Main Street and return it to the gateway status that it had long been.” 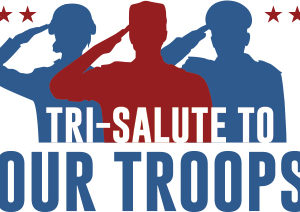 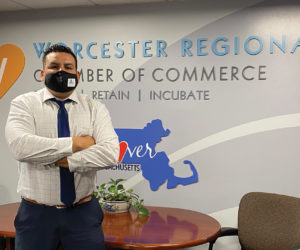 Why I Wear My Mask 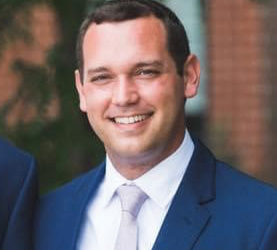