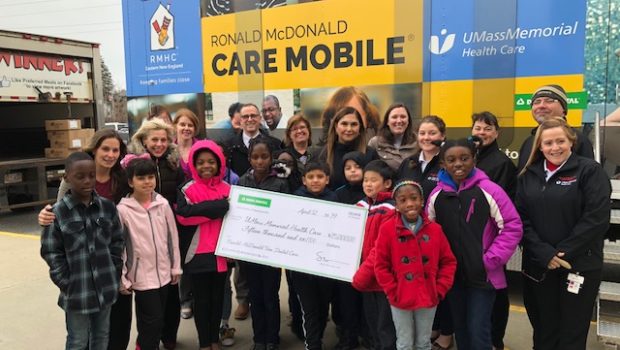 Yes, investing in and maintaining quality health care will improve your overall well-being.

However, it’s not the only factor impacting your overall health according to UMass Memorial.

“It’s staggering,” said Doug Brown, UMass Memorial Community Hospitals president. “Where you live … is going to have a much bigger impact on the quality of your life” than any other factor.

For example, on one side of Lake Quinsigamond, residents’ life expectancy is 84 years and across the shore it’s as low as 73.

In fact, he estimates 20 percent of a person’s lifelong well-being is determined by the quality of their health care whereas 60 percent is determined by local zip-code-by-zip-code social and economic factors, such as education level, employment, housing, and access to fresh food.

“The less you feel empowered about controlling your life – the more hassles you experience about housing and rent payments, for example – the greater the negative impact on your health,” he said.

Since 2005, explained Mr. Brown, industry trends have put an emphasis on the reformation of health care locally and nationwide. “We’ve all been challenged to focus more on community health,” he said, and that has led UMass Memorial to pursue inclusion in a national network of what’s called Anchor Mission Institutions.

Mr. Brown described those health care companies which, similar to UMass Memorial, have pursued a prescribed set of goals as a core group of “enlightened health care organizations” partnering to “organize and standardize” industry-wide involvement in the socio-economic development of their communities.

The term anchor, explained his colleague Cheryl Lapriore, UMass Memorial Health Care chief of staff, refers to the fact that these companies are founded, or “anchored, in a community – by their mission, size, and amount of employees – and are not … likely to pick up and go somewhere else.”

Given such community dedication, the four core tenants of Anchor Mission Institutions are investing, hiring, purchasing, and volunteering.

In November 2018, the UMass Memorial board of trustees’ investment committee approved the allocation of 1 percent of the nonprofit’s endowment, or roughly $4 million, to local investments in the realization of this effort.

The initial investments, which will be spent in roughly $500,000 increments, are designed to act as “short-term capital” meant to “bridge” projects as they progress out of the startup phase, said Mr. Brown.

He added: “This is really about bringing chronic investment to areas that have suffered chronic underinvestment.”

UMass Memorial plans to focus its resources on issues surrounding housing, food access and nutrition, and transportation. This work will take place in communities in which the health care company has an existing footprint – Worcester, Fitchburg, Leominster, Clinton, and Marlborough.

When it comes to the workforce reflecting community members already on the UMass Memorial payroll, Ms. Lapriore said: “This isn’t a project that we are starting and ending. It has to become part of our organizational construct and not just with the leaders,” but reflect diverse hiring practices all the way down through the hierarchy.

Not only does the company plan to increase hiring from within the community, but it also has similar plans for some of its purchasing. One of the most impactful ways large corporations can support the community in which they operate is to focus their purchasing locally, said Mr. Brown.

Over the long term, he hopes to emulate the results of a worker-owned model in Cleveland. There, community organizations came together to create a worker-run laundry company servicing the needs of Cleveland Clinic and several other hospitals in the area. The company processes 60,000 pounds of laundry every day and is owned by employees from local, distressed neighborhoods surrounding the hospitals. Half of these employees were formerly-incarcerated and 85 percent are African American.

The model is “sustainable,” said Mr. Brown, “because the hospitals commit to buying the laundry services from the business.”

While the company has focused “hundreds of thousands” of dollars in grant money annually to community-focused initiatives, he and Ms. Lapriore agree Anchor Mission Institution status brings their commitment to a new, higher level.

“What this is doing is taking all of the things we’ve learned about community benefits through grants,” said Mr. Brown of the institution’s previous community involvement, and “directing our efforts locally in a way that will get at social disadvantage and pervasive inequality” which is detrimental to personal health care and well-being.

Targeting “social disadvantage and pervasive inequality” is not solely the work of the health care community, said Mr. Brown.

Calling out Clark University and Hanover Insurance for their prior community-improvement leadership, Mr. Brown believes there is a ripe environment in Worcester for other like-minded organizations to “follow suit” and adopt the Anchor Mission Institution philosophy.

Community impact would be ten-fold, he said, if the idea caught on.

“We’re going to make a meaningful impact, but [added involvement] would truly be a way to transform the community,” he said.

As of early July, one yet-to-be-made-public Anchor Mission Institution project had been approved by the UMass Memorial board. Details will be made public in the fall. However, Mr. Brown said the project will focus on chronic homelessness in Worcester.

By Emily Gowdey-Backus, Worcester Regional Chamber of Commerce director of communications. She can be reached via email.