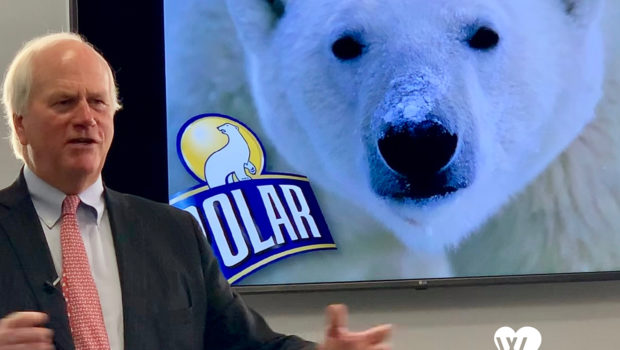 WORCESTER – Worcester is bubbling over with pride for Polar Beverage Co. and the feeling is mutual.

Hosted by the Worcester Regional Chamber of Commerce, the Manufacturing Roundtable invites members of the industry to discuss best practices, trends, and emerging concerns in a small setting.

The Crowley family has been calling Worcester home for more than 135 years. Family-owned and -operated, today, Polar Beverages occupies more than 2 million square feet of manufacturing space across three states – Massachusetts, New York, and Georgia – and is sold in nearly half of the nation’s grocery stores.

And, while there were multiple offers to relocate the company in the late 1990s, Polar Beverage’s rapid growth hasn’t led the Crowley family away from their roots.

Part of what is so attractive about Worcester is the workforce, said Mr. Crowley: “The employees we have in Worcester are unique. There’s no better work ethic than here in Worcester.”

Calling Central Mass employees “the most productive, hardest-working” of the company’s four plants, Crowley said he is “proud” of their output and “engagement” designing, manufacturing, bottling, and distributing Polar Beverages products as well as other brands the company is licensed to produce.

With the launch of the unicorn kisses flavor and junior-sized cans, creativity has been pouring out of the company in recent years. In fact, this summer, the company launched its first flavored, spiked seltzer – Arctic Summer.

The production of these “boozy bubbles,” per Mr. Crowley, is a collaboration between Polar Beverages and Boston-based Harpoon Brewing Co. The Central Massachusetts partnership is strengthened by the involvement of Atlas Distributing Inc. out of Auburn.

Liz Schmitt, a human resources manager at Saint-Gobain and who attended the manufacturing roundtable, agreed. “The good thing about Worcester is that you have an able-bodied workforce available, but you also have a good infrastructure to train and school” those individuals.

Between local high and technical schools, colleges and universities, “there’s a variety of different ways to find the people you need,” Ms. Schmitt explained.

Ms. Schmitt said that the Chamber has “dramatically” helped Saint-Gobain – a company with ties to Worcester from the 1800s – “co-facilitate strategies” by finding talent and providing employee training opportunities.

Location is not only a plus in real estate, but also in distribution.

Mr. Crowley cited “terrific shipping routes” in Central Massachusetts as a second core reason Polar Beverages continues to base its production out of the Heart of the Commonwealth. Being located on the corner of I-290, I-90, and I-495 is “convenient for distribution,” he added.

Not only is Polar Beverages an economic powerhouse – annually the firm spends more than $140 million on benefits, local purchases, and taxes all while employing more than 1,700 workers – “just as importantly, they’ve been meaningfully-involved in this community … and with the Chamber … in a lot of ways, for generations,” said Timothy P. Murray, president and CEO of the Chamber.

The company’s partnership with the Boston Red Sox’s Triple-A affiliate team and naming rights to the soon-to-be Polar Park, “has captured the community’s imagination and excitement and is an example of their commitment to Worcester,” said Mr. Murray.

Prolonged commitment to a community, like that of Polar Beverages and Saint-Gobain, demonstrates how, “manufacturing is still critically important to this region’s well-being and economic development,” he added.

Manufacturing, said Mr. Murray, “perhaps more than any other sector, is a multiplier in terms of the economic activity that it generates.”

The Chamber’s next Manufacturing Roundtable will be held on Sept. 23.

Dominique Goyette-Connerty is a Fitchburg State University Intern working with the Worcester Regional Chamber of Commerce. She can be reached via email at intern1@worcesterchamber.org. 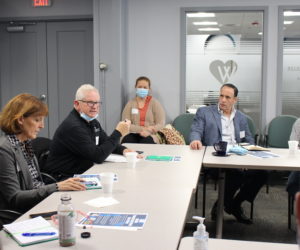 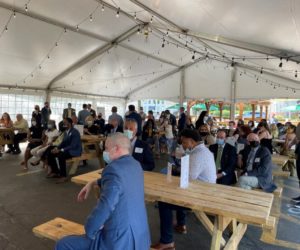