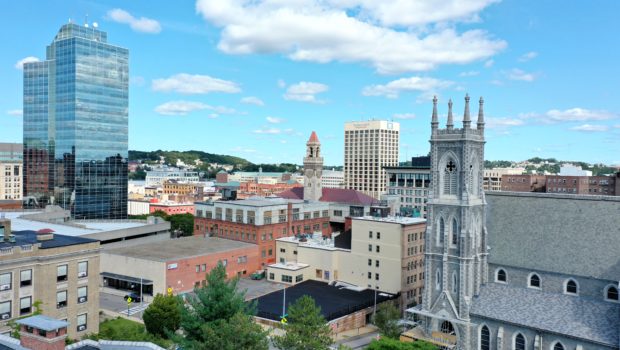 The much-awaited 2020 U.S. Census data revealed what many who call Worcester “home” have already recognized the past few years – that the city’s momentum in economic development is rapid and is attracting more residents and businesses to the Heart of the Commonwealth.

The data, preliminarily released in August, shows that the tally for Worcester’s population reached 206,518 – the largest population in the city’s history. The last and only time Worcester was above 200,000 residents was in 1950, at the peak of the city’s industrial economy in the twentieth century.

Worcester grew 14.1% between 2010 and 2020, making it the fastest-growing city over 100,000 people in New England. This represents an increase of 25,473 residents. It also means Worcester retains its title as the second-largest city in New England, only behind Boston.

The city’s 2019 population estimate based on the 2010 census was just 185,000, demonstrating how far the city’s growth overperformed the estimates.

City of Worcester Chief Development Officer Peter Dunn told the Chamber that the population numbers reflect the work the city has put in over the past few years to make it a desirable place to live with a high quality of life.

“Worcester’s significant growth is a result of a number of factors, including a concerted effort to grow the available housing stock as well as other public and private investments that have contributed to quality of life,” said Mr. Dunn. “In addition to housing development, we have seen commercial investments leading to job creation, small business startups adding to the city’s amenities, entertainment options, and investments in public assets like the public schools, public parks, and the public library, among others.”

Since 2010, the city has seen $4.5 billion in public and private investments, including in projects like Polar Park, the Blackstone Heritage Visitor Center, several new hotels, Gateway Park, the redevelopment of Main Street and Kelley Square, the mixed-income Courthouse Lofts, and CitySquare – the half-billion-dollar downtown development campus anchored by the Mercantile Center. In the same time frame, 2,080 units of both market-rate and affordable rental housing have been built within the city, with 2,000-plus more units in the pipeline.

When the data was first released, City Manager Edward M. Augustus and Mayor Joseph M. Petty both agreed that economic development momentum was

largely responsible for the massive population growth. “This is people voting with their feet,” said City Manager Augustus. Mayor Petty said, “These census results are an affirmation that over the last 10 years, we have worked together to build a city that is not just a place people want to visit, but a place where people want to live.”

Over the past decade, Worcester grew faster than Boston, which increased by 9.4%. It also grew faster than Providence at 7.2%, a city which, until now, had challenged Worcester for the title of second-largest city in the region. The latest data keeps Worcester’s title by a comfortable margin. Not only that, but Worcester is now larger than several significant U.S. cities such as Salt Lake City, Utah; Tallahassee, Florida; Little Rock, Arkansas; and Huntington Beach, California.

Worcester County experienced an 8% population increase representing 63,560 new residents from 2010. This was higher than Massachusetts’ overall population growth of 7.4%.

The number of those identifying as bi- or multiracial grew by a dramatic 300.1% in the county, representing a growth of 56,301 people. This was partially fed by growth of this group in Worcester, which was 224.7% or 16,207 people more than it was in 2010. In both the city and county, the group of multiracial residents was the fastest-growing group by far, in line with similar demographic trends statewide and nationwide and reflective of America’s growing diversity.

Those categorized by the census as “Some other race” — a self-identification with any single race that is not white, Black, Native American, Asian, or Pacific Islander — increased by 75.5%, or 11,471 residents, in the city. “Hispanic” or “Latino” were not options for race on the 2020 census. Past studies by the Census Bureau and other organizations show that respondents who self-identify as Latino often write it into the space on the census form under “Some other race – Print race or origin.” “Hispanic, Latino, or Spanish” was an option for respondents to self-identify their origin, regardless of their race.

It is also worth noting that “White” in the 2020 census includes European races as well as certain North African and Middle Eastern races.

Across the board, all groups grew significantly besides the non-Hispanic white and Pacific Islander population – of which there are now 81 residents counted who identify as Pacific Islander in Worcester.

The diversification of Worcester and Worcester County at large is a trend seen elsewhere in the U.S., but Worcester has always been proud of its heritage as a destination for foreign-born families and as a culturally rich city. In 2018, a Worcester Regional Research Bureau study found that more than a third of the city’s business owners are foreign-born. This ratio, if it stays true to the ratio in population, will undoubtedly increase.

The latest census data definitively demonstrates that Worcester’s momentum is real, and that the prospects for the city’s future are bright. 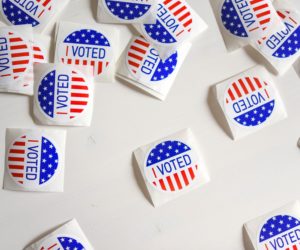