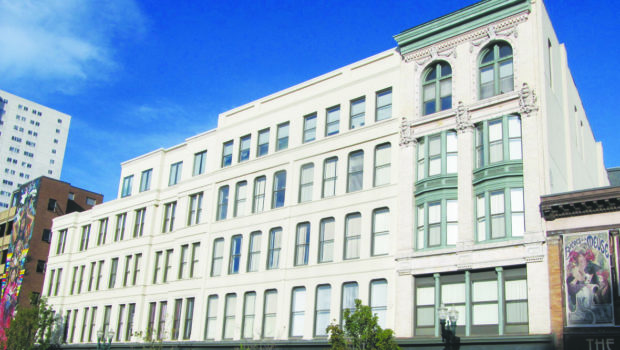 Defining a New Brand of E.D. in Worcester’s Era of “Renaissance”

ECONOMIC DEVELOPMENT IN AN URBAN SPHERE

In Worcester, the term economic development has many contexts.

For some, the term encompasses striking while the iron is hot and leveraging interest in Worcester to build and advance a sustainable business community for the next generation of residents. For others, it’s applicable when discussing the revitalization of venues like the Greendale Mall and the once vacant former Worcester County court house.

One man is defining a new definition of the phenomenon.

Bo Menkiti – founder and CEO of the Menkiti Group out of Washington, D.C., where he also lives – inspired by his late father Ifeanyi Menkiti is strategically investing in buildings in certain pockets of Worcester. Mr. Menkiti’s eye falls to urban landscapes in which economic development can help spur success among an existing community.

“Our investments, and approach to neighborhoods, are rooted in a defined strategy … based in science and data overlaid with a little bit of [gut] feel,” Mr. Menkiti said.

The “art” to his brand of economic development, he said, lies in the National Association of Realtors’ code of ethics: “under all is the land.”

For him, those five words mean economic development “is fundamentally about people and the role the built environment plays in facilitating the human experience.”

He feels his success in, and continued patronage of, the City of Worcester has been founded in supporting local creativity. In the evolution of a city, he said, “it’s been the creative class who have driven” the momentum.

“Right now, that class in Worcester – representing a diversity of wealth, country of origin, industry expertise – is outside the mainstream and not fully embraced. Harnessing those [people, those skills] are crucial to development,” he explained.

Mr. Menkiti is happy laying the groundwork, the quality of life elements that will enhance existing community, rather than prioritizing the needs of a perspective corporation shopping for their next relocation.

“That company will be drawn to the city by those aspects of its community;” he said listing parks, shops, murals, and restaurants; “and employees want to live that experience.”

The majority of the Menkiti Group’s Worcester footprint is consolidated in the Main South neighborhood including multiple addresses on 400 and 500 blocks of Main Street and on Chatham Street.

A second phase of investment will see the purchase of an additional, roughly, 100,000 sq. feet in the city among five or six properties. When the current pipeline of properties are built out, the company will have invested more than $35 million in the community.

WHAT DRAWS HIS EYE?

Investing in a property, residential or mixed-use, for Mr. Menkiti, isn’t only about creating more housing or jobs. Breaking down his Worcester investments, Mr. Menkiti said the logic of investing in the Heart of the Commonwealth, universally, is founded in macroeconomics.

“There is a data-driven reason to be in Worcester and data-driven reasons to be in the Theatre District [and Downtown],” he added. However, when it comes to specific buildings “feel and context” play a role in the final decision.

“The broader macroeconomic, demographic, and lifestyle trends point to continued population growth in Worcester and we’re looking within that broader context for neighborhoods with strong existing assets but which have been undervalued.”

While those are foundational underlinings of his investment thesis, the checklist Mr. Menkiti holds when deciding whether or not to take on a new project – for example, 403, 526, or 554 Main St. – is four pronged.

“It’s a combination of utility, potential, architecture, and how [these structures] fit within the context of the community,” he said. Yes, part of the equation is “architectural character,” often the preservation of decades old curb appeal, explained Mr. Menkiti, but the remainder is figuring out how to return a structure to the community as an active member of society.

Watching as the Menkiti Group strategically winds its way, the City of Worcester is pleased. The firm, said City Manager Edward M. Augustus Jr., has had an “immediate impact” on the city by helping residents and businesses better understand the “ideology behind downtown development and its ability to effect social change.”

The key, added the city manager, is their application of mixed-use space.

“To achieve an 18-hour day, we need downtown to not only be the central business district, but also a neighborhood where people return after their work day,” he said.

Apartments are necessary, but add ground-floor retail to the equation, explained Mr. Augustus, and “pedestrian engagement” entices both daytime office workers and residents.

ECONOMIC DEVELOPMENT FOR THE COMMUNITY

Cognizant of his presence as an outside developer, and the role of the community already present in the city, Mr. Menkiti’s economic development is designed to work in tandem with multiple local factors – especially so in Worcester.

Jessica Walsh, owner of Worcester Wares, was impressed by the research and in-person conversations about the trajectory of the city Mr. Menkiti conducted prior to investing. She remembers a specific conversation in which he asked why she would dedicate her business model to the love and loyalty to one city, and if she thought it were sustainable.

“I had no problem talking his ear off about how indeed there is that much love for this city,” said Ms. Walsh. “Worcester is this thing people should jump on because there is momentum and at the time, not everybody on the outside understood that.”

That intrigue, and Mr. Menkiti’s inquisitiveness, especially as an out-of-state let alone out-of-region developer, reassured Ms. Walsh, now a 12-year resident of Worcester, that her idea was catching and there was more momentum yet to come.

“It was exciting to see someone with his background, his success, looking at Worcester,” she said.

Here, unlike other cities, she continued, the momentum and success of one local industry is a shared commodity – something Ms. Walsh saw in Mr. Menkiti’s strategy.

“If one small business is making it other small businesses are making it. What’s causing Worcester to move fast is the understanding that it’s not every man for themselves,” she said adding Mr. Menkiti “came to the table knowing that.”

For his knowledge-first, renovation second approach, Mr. Menkiti was asked to be the keynote speaker at the fifth annual Economic Development Summit hosted by Bowditch & Dewey in November.

“Whereas other investors might be more worried about instant return on investment, the Menkiti Group is not afraid to transform a neighborhood one building at a time, taking the long view,” said Donna Truex, a partner in the Bowditch & Dewey law firm’s real estate department.

“Sometimes the small things make a big difference,” she said adding she would like to see the national attention the Menkiti Group has spurred for Worcester catch among other high-level development firms.

Mr. Menkiti too hopes to see continued momentum. In particular, he would like to see Main South and Downtown, in a decade, be “thriving, diverse, and culturally vibrant neighborhoods contributing to the city as a whole.”

His success – and that of everyone from the city’s economic development team to the Worcester Regional Chamber of Commerce, investors like Cliff Rucker to the Canal District entrepreneurs – relies on the impression Ms. Walsh had of Mr. Menkiti all those years prior.

When you’re working on Worcester’s behalf, you’re not in it alone.