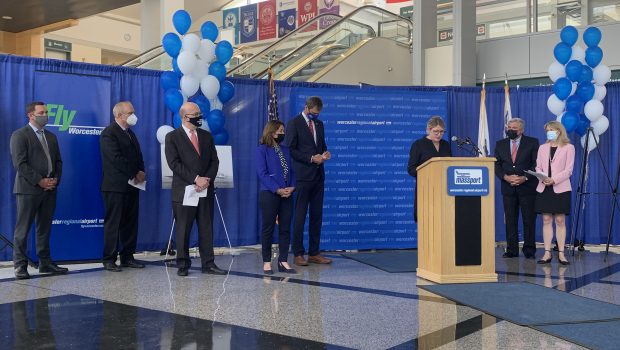 JetBlue Will Resume Service at Worcester Regional Airport this Summer

For the first time since October of 2020, commercial flights are returning to the Worcester Regional Airport. JetBlue Airways announced Wednesday, May 26, they would be the first major carrier to resume service at ORH after the coronavirus pandemic ravaged the commercial airline industry.

Joined by elected leaders and local officials, JetBlue and Massachusetts Port Authority (Massport) executives addressed the media at a press conference to lay out their return plans. Starting Aug. 19, 2021, the airline will be operating nonstop service between New York’s JFK Airport and Worcester once daily. On Oct. 21, 2021, they’ll increase the frequency of this flight to twice daily. Also on Oct. 21, JetBlue will resume offering their daily, nonstop flights between Worcester and Fort Lauderdale, Fla.

In her remarks at the press conference, College of the Holy Cross alumna and JetBlue President and COO Joanna Geraghty said both flights would provide customers with plenty of options for connecting routes. She said those flying to New York would easily be able to connect to one of their 70-plus domestic and international destinations through JetBlue’s terminal five; meanwhile, Fort Lauderdale has several connections down south, into the Caribbean, and parts of Latin America.

The announcement came just days before the Commonwealth of Massachusetts was set to end COVID-19 restrictions and a face covering order. Massport CEO Lisa Weiland noted that as vaccination rates are climbing and travel restrictions are being lifted across the country, the aviation industry is starting to rebound.

Prior to the stoppage of flights in 2020, American Airlines and Delta Air Lines were also present in the Central Mass airport. This allowed ORH to offer direct flights to New York City, Detroit, Philadelphia, and Florida.

There’s been no official word yet on when American and Delta service could return to Worcester, but local and state leaders, like Lt. Gov. Karyn Polito, are optimistic that JetBlue’s return could encourage those other carriers to follow suit. “I am so thrilled that you are leading the way and we hope that the example you’ve set with the announcement you made today will be followed by others,” Lt. Gov Polito said. 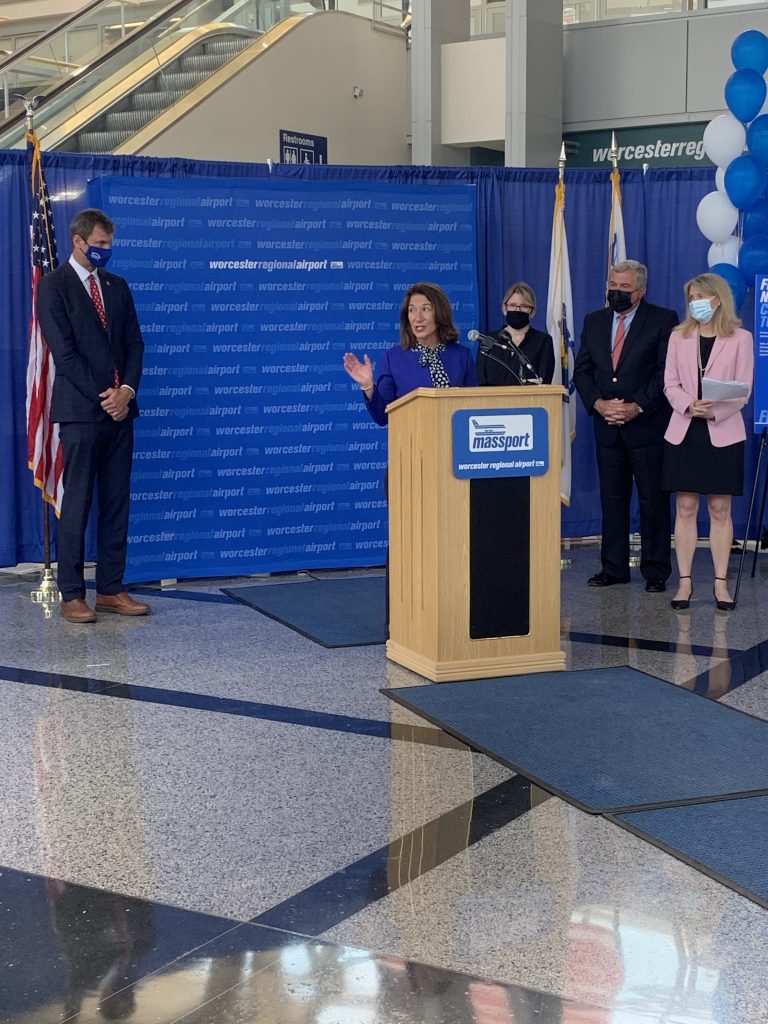 JetBlue has served Worcester Regional Airport since 2013 and “remain as committed to Worcester today as [they] were on day one,” Ms. Geraghty told the crowd Wednesday. “We cannot thank the community enough for embracing us and making this feel like a second home from the very beginning.”

Starting the Next Chapter

2021 marks the 75th anniversary for Worcester Regional Airport. Prior to the pandemic, ORH was “successful, growing, and on track to reach a record number of passengers,” Ms. Weiland said, adding that the coronavirus crisis put a pause on the momentum they had going in Worcester.

Nonetheless, Massport still kept busy at the regional airport. Phase I of a main runway project was completed this past year and Phase II is planned for summer of 2023. This summer, they’ll invest $2 million in a project to rehab taxiway B.

In the fall of 2020, the Worcester Regional Chamber of Commerce partnered with Massport to conduct a passenger survey gauging the travel needs and interests of Central Massachusetts residents and businesspeople as it pertains to Worcester Regional Airport.

Nearly 1,300 responses were collected between Sept. 7 and Oct. 15. Among other findings, the survey showed that a lack of destinations and/or direct flights was the most common reason keeping people from flying out of Worcester. The survey also demonstrated the destinations which people would most like to see from ORH are Chicago and D.C. Ms. Weiland said that survey helped inform conversations with airlines about what the region’s travelers were looking for and would continue to do so moving forward.

As we all begin to navigate a post-pandemic world and commercial flights resume in Worcester, the airport’s anniversary will be celebrated with dual significance — not just for its meaningful history in the region, but for its marking of a next chapter in this new normal. Looking to the future of ORH, Congressman McGovern’s words perhaps serve as an important reminder: “Great cities and great regions thrive on great airports. They connect us to other parts of the country, they connect us to the world, and they unlock unlimited potential for our entire region.” 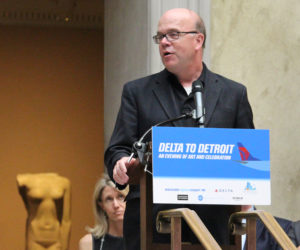