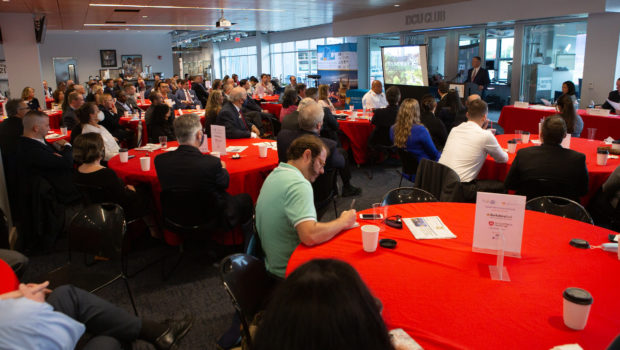 Many Central Mass residents and visitors have had the opportunity to enjoy a hot dog or a cold beer at Polar Park this summer. But on an early-September morning, 200-plus Chamber members gathered for what can only be described as a first-of-its-kind experience at the brand-new addition to Worcester’s Canal District: breakfast at the ballpark.

For the first time ever, the Worcester Regional Chamber of Commerce held their quarterly Breakfast Club event at the new home of the Boston Red Sox’ Triple-A affiliate team on September 9. In this September edition of The Breakfast Club, attendees had the chance to network with other Chamber members and guests, celebrate six member businesses and organizations for their milestones, and hear from a dignified keynote speaker, all while enjoying their morning coffee and breakfast in the DCU Club event space of Polar Park. 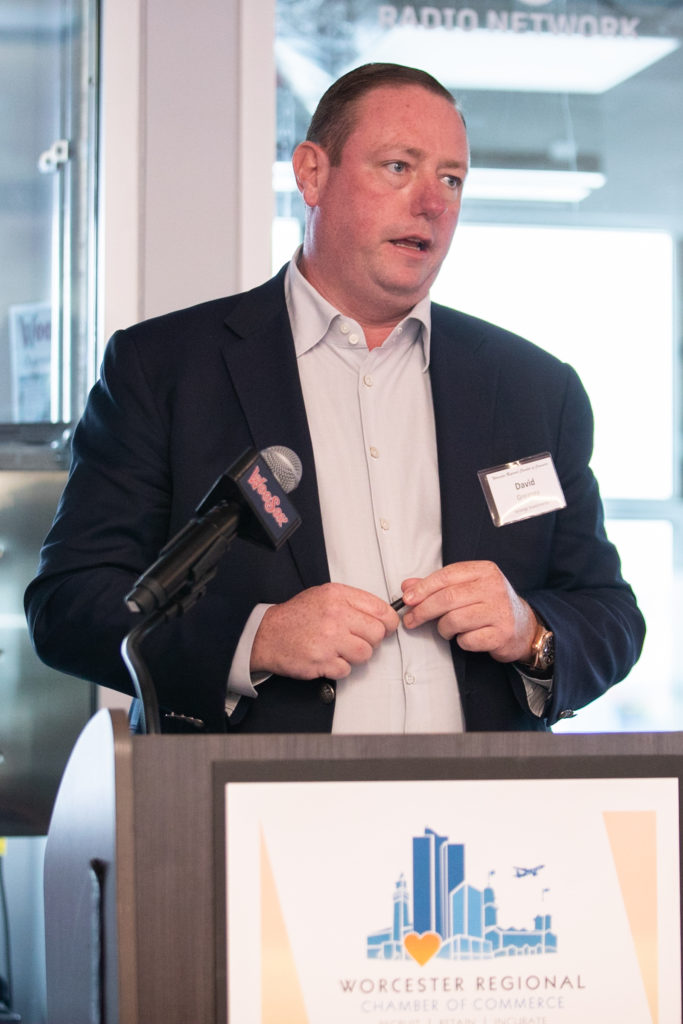 Recognized as one of the most active and successful building owners and managers in the region, Synergy has a robust portfolio in Boston, operating 40 commercial assets in the greater Boston area totaling more than 5 million square feet. Now, the firm is breaking into the Worcester market with their 2019 purchase and ongoing multi-million-dollar renovation of the glass tower downtown at 446 Main St.

Mr. Greaney said, “All of the same things that prompted us to invest heavily in Boston 20 years ago — you have all the same characteristics here in the city of Worcester.” He rattled off a laundry list of characteristics and assets that attracted Synergy to Worcester, including its prominence as New England’s second-largest city, access to transportation, strong school system, network of hospitals, and amenities like several restaurants and Polar Park – the very venue which attendees were enjoying.

“We’re here for the long term,” he said of Worcester, adding that everyone in the city has already been exceptionally welcoming. “We’re delighted to be here.”

During his address, Mr. Greaney also offered insight into the office space market, given the COVID-19 pandemic. He said, unsurprisingly, he isn’t a fan of the work from home model, but there’s no ignoring that coronavirus has changed how we work, when we work, and how employers operate.

One example he cited was office layout. “People are thinking about their physical space differently,” and won’t tolerate being lined up shoulder-to-shoulder in cramped environments anymore, Mr. Greaney said. He believes this is beneficial for the office space market, as design firms will program office space to be more spread out, allowing for more square footage per person.

Synergy is optimistic office occupancy will return to pre-pandemic or near pre-pandemic levels in the future. “The return to office is coming. It’s just a bit delayed,” he said, noting that Massachusetts in particular is better-positioned than many other states in the nation when it comes to rebounding from the pandemic. In fact, the Boston Business Journal recently ranked Worcester number 12 on the list of top 30 metro areas with the strongest job growth during the COVID-19 recovery. Bloomberg ranked Worcester eighth out of 100 largest U.S. cities most likely to recover from the pandemic and lockdown. 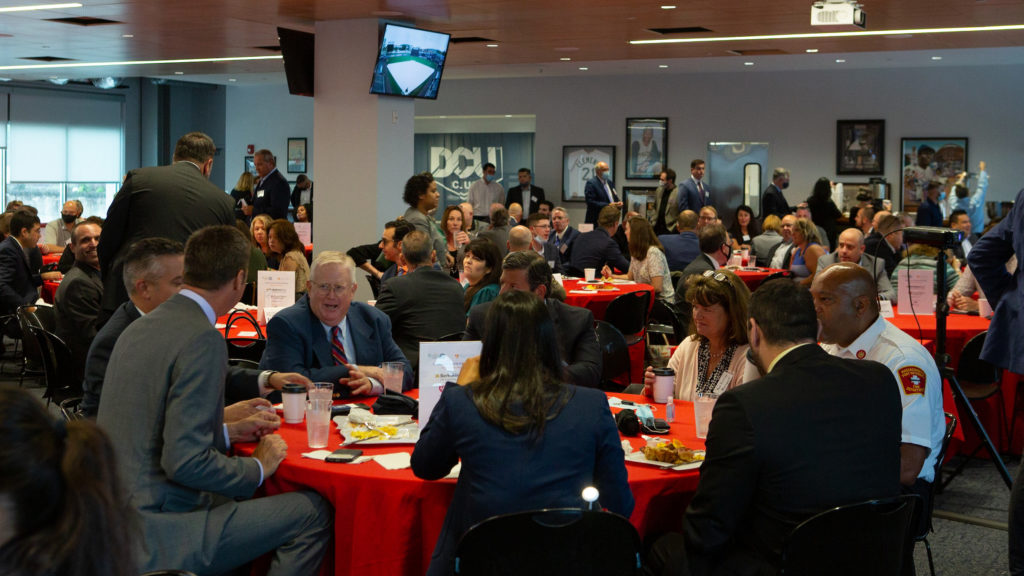 Presented by sponsors Berkshire Bank and Harvard Pilgrim Health Care (A Point32Health Company), and with support from friend sponsors AIS and The Willows at Worcester, this edition of The Breakfast Club saluted six Chamber members for new leadership and key anniversaries.

The Christopher House was recognized for 25 years in operation, Crown Trophy for 25 years of serving local customers, Anna Maria College for 75 years of transforming the lives of students, and Worcester Regional Airport for 75 years of helping connect Central Mass to the rest of the country and the world. Moreover, two members in new leadership positions were saluted: Chris Hendry, president and CEO of IC Federal Credit Union; and Deb Hall, executive director of YWCA Central Mass.

During the breakfast, AVP of Community Relations at The Hanover Insurance Group, Kimberly Salmon, served as emcee and chief greeter.

Held four times each year, The Breakfast Club draws typically draws about 300 professionals for a networking breakfast in which local member businesses and executives are recognized followed by a keynote speaking program. The next Breakfast Club will be held at Mechanics Hall on December 9. Click here for more info or to register.

Dominique Goyette-Connerty is the Director of Communications at the Worcester Chamber and can be reached here.

Click here for more news coverage of the event from the Worcester Telegram & Gazette. 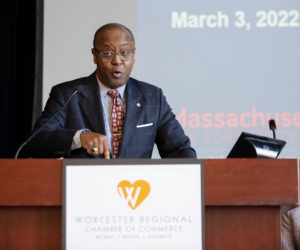 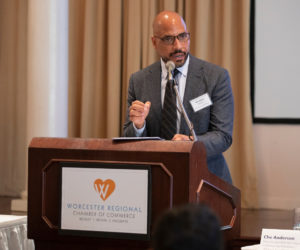